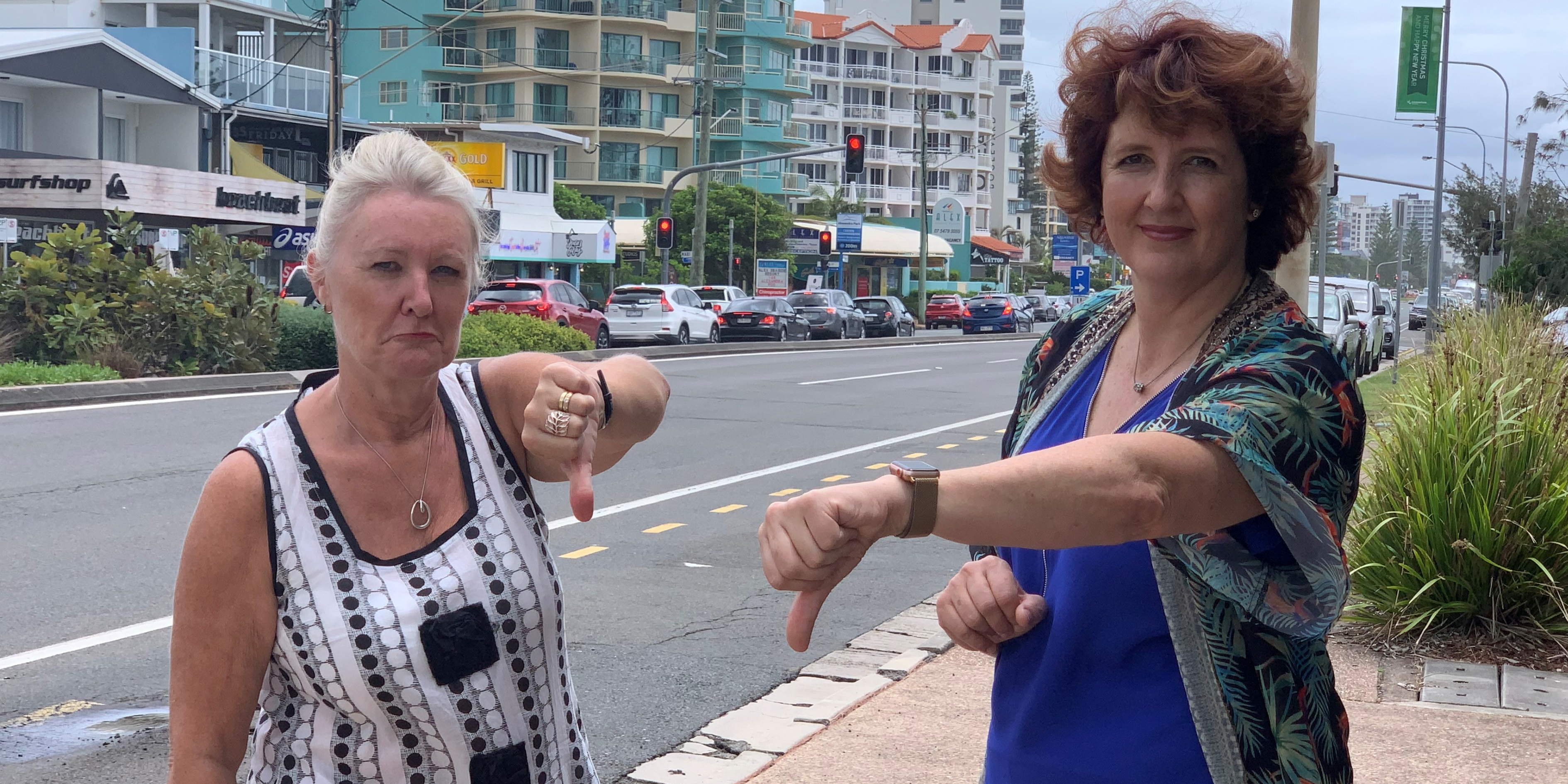 Council’s Mass Transit plan, which includes possible light rail between Maroochydore and Caloundra, is a mass diversion that threatens to put more Sunshine Coast residents into traffic jams due to much higher density levels and bad transport planning. It also threatens to wipe out most of the parking along Alexandra Parade, including up over the famous Headland.

I can’t provide bipartisan support for this high-density mass transit plan for light rail in this corridor as  it will fail without a plan for the whole Sunshine Coast which also connects the hinterland and other Coast towns. If you had a billion dollars, this isn’t how you’d spend it – you’d be spending it across the network to bust road congestion and connect rail and bus networks.

The first priority should be the upgrade of the Mooloolah River Interchange (the juncture of Nicklin Way and Sunshine Motorway) which will save lives and time for people stuck in their cars or buses.

Any transport plan in the region must also include rail into Maroochydore and CAMCOS (Caloundra and Maroochydore Corridor Options Study).

This is why for over 12 months I’ve asked the State Government to  provide their Sunshine Coast Public Transport Plan for the whole Coast along with the investment schedule.  After all, the Transport Department has a $6 billion a year budget – they should be able to put some transport planners on the task to let the public know what they’re doing with their money – or in fact, if they have a plan at all?

For nearly a year I’ve been waiting for responses to my letters from the Transport Minister – and still he refuses to reply.

This is arrogant and is failing the test of leadership.

70 per cent of the Coast may not have voted for the Labor Party but the Premier charged the State Transport Minister in her Charter Letter to him to behave with transparency and ethics regardless of “personal, party, political or other immaterial considerations”. Unfortunately I don’t think the Transport Minister is paying attention to the Premier’s letter either.

Letter to Minister for Transport, the Hon Mark Bailey –

Currently the project is spread over 3 phases –

Who is responsible for the final decision?

The State Government will review the options provided by the Sunshine Coast council to make the final decision.  I will fight for the integrated transport plan for the Sunshine Coast and I do not believe that Light Rail is the right option.  There are better options which will meet our regions needs.

For more information go to: https://www.masstransitsc.com/copy-of-home