The Maroochydore State Electorate has always been a collection of distinct towns and communities in the centre of the Sunshine Coast.

The Sunshine Coast’s Glass House Mountains were first sighted by Captain James Cook in 1770, with the Maroochy River explored by Andrew Petrie in 1842. He named the area “Maroochydore” derived from “murukutchi-dha” in the language of the Aboriginal people who accompanied Petrie on his exploration. Meaning, place of red beaks, or place of the black swan, “Maroochydore” is still an area of natural beauty and wildlife even though it is facing the infrastructure and growth challenges currently experienced by the whole south-east corner. Located about one hour’s drive north of Brisbane on the Sunshine Coast, the area is a popular tourist destination with some of Australia’s best beaches and a vibrant hospitality sector.

European history and Aboriginal legend link the towns of the Maroochy with the beautiful Maroochy River ever at the heart, surrounded by the rugged rocky edifices of Mt Coolum and Mt Ninderry and the smaller Mudjimba Island (Old Woman Island) just north of the river mouth.

In the Aboriginal myth of the area, Ninderry and Coolum were warriors who fought over the beautiful young woman, named Maroochy. Ninderry knocked off Coolum’s head and it rolled into the sea to become Mudjimba Island. The Creator, known to the local Undanbi tribe as Birral, punished Ninderry by turning his body into a huge stone. Maroochy fled to the mountains where her tears became the Maroochy River.

When European settlers came to the area in the 1800s, the Maroochy River was the lifeline along which local commerce transpired. The town of Maroochydore, originally served as a port for the region’s large inland timber industry. Later the cane industry was the major regional agricultural produce until the Nambour mill’s closure in 2003. Today the local industries are dominated by the tourism service sector as well as building, fishing and other agricultural industries. There is a strong push to widen the economic base with a focus on innovative industry and education and training. 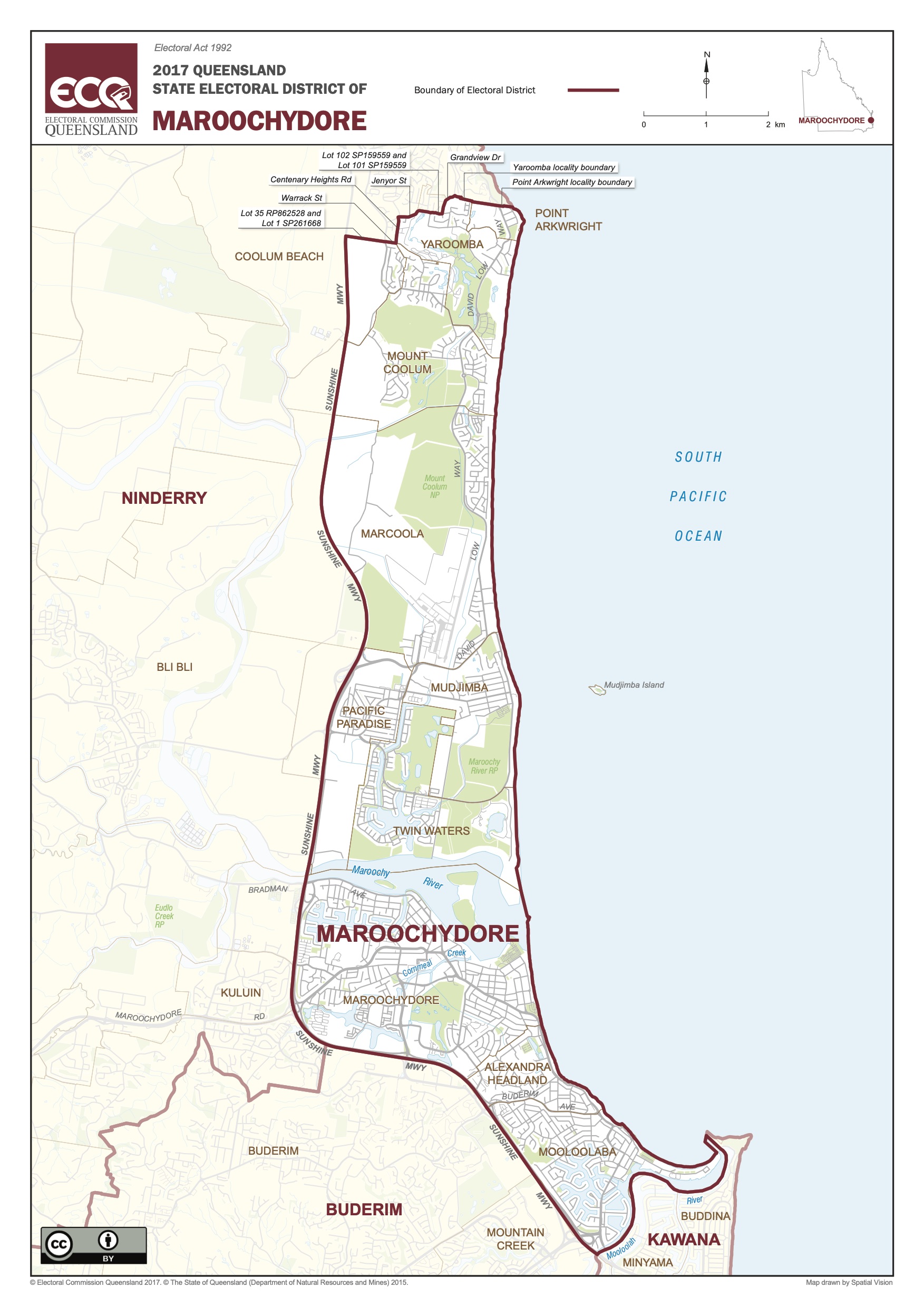