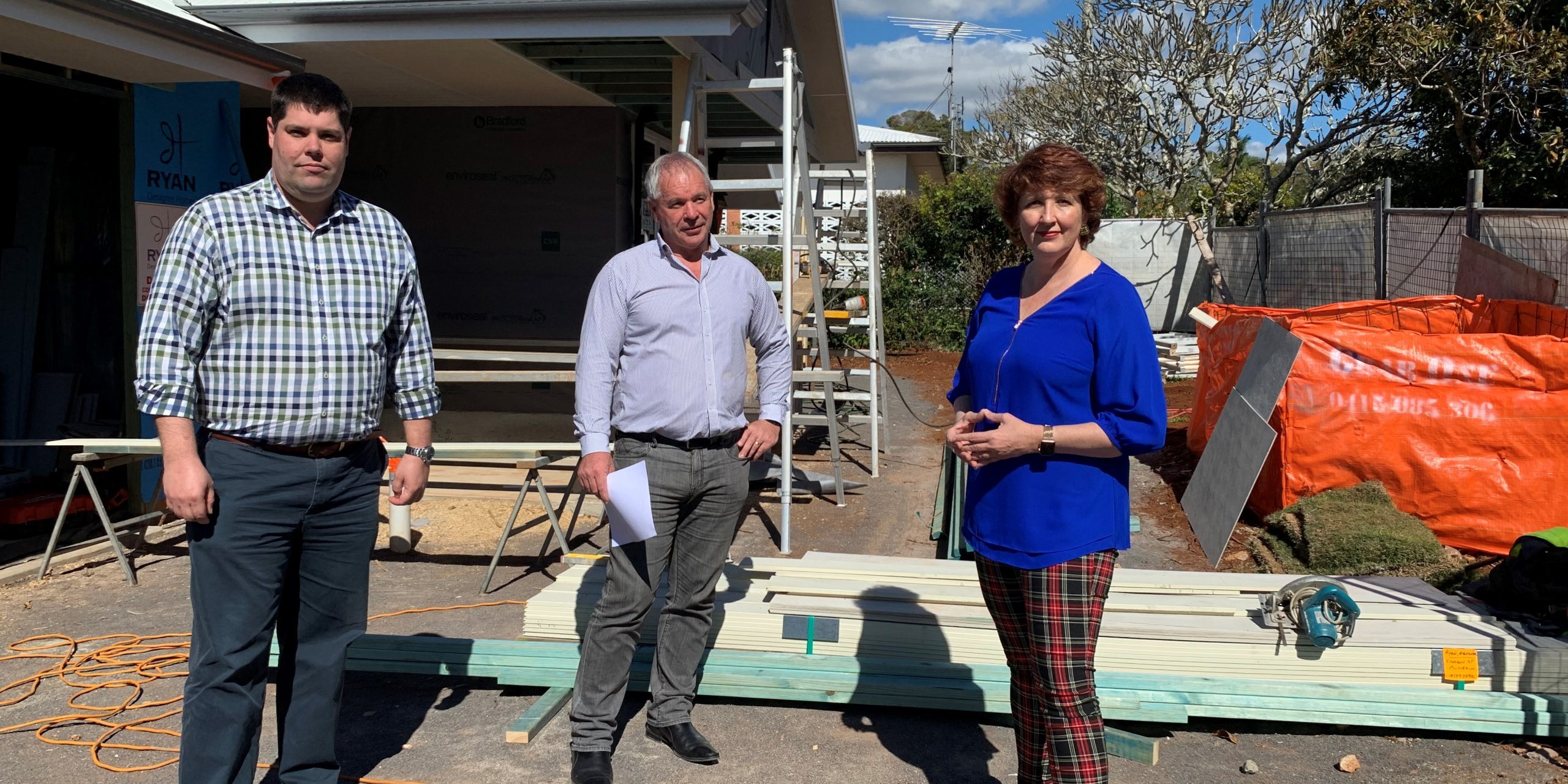 SUNSHINE COAST State LNP Members have slammed the Queensland Labor Government for “dragging their heels” on a vital Commonwealth grant scheme to help the residential construction industry bounce back from the Coronavirus crisis.

Member for Maroochydore FIona Simpson and Member for Buderim Brent Mickelberg said that the Federal Government announced the time-limited HomeBuilder grant scheme in June, but the Queensland Government is responsible for its implementation and has still not put the process in place.

“No-one can even apply for it yet! The Office of State Revenue website says grant applications won’t even be open until August … and they close in December – the delay is simply unacceptable,” said Fiona Simpson.

“All of the other States and Territories in Australia are way ahead of Queensland in implementing the HomeBuilder scheme – and the local construction industry has told me the impacts of the delay are potentially catastrophic,” she said.

HomeBuilder will provide eligible owner-occupiers (including first home buyers) with a grant of $25,000 to build a new home or substantially renovate an existing home where the contract is signed between 4 June 2020 and 31 December 2020.

Construction must commence within three months of the contract date.

“The Labor Government does not seem to understand the extreme urgency of getting the process in place. There is absolutely no reason why it is not already in place – the other States have done it, why can’t Queensland?” Ms Simpson said.

“It’s just not good enough – time is running out and they don’t seem to get the potentially catastrophic impacts of this delay,” she said.

Mr Mickelberg said: “There is a considerable lead-time to get construction contracts in place after the grants are approved. I am already aware of a number of building projects that are currently stalled due to no action by the relevant Government bodies that have the potential to bite the Queensland Construction Industry hard in the coming months.

“The construction industry has warned of a looming crisis if this is not rectified – ‘that they are about to fall off a cliff’ and that must not be allowed to happen due to inaction by bureaucrats.”

“The State Government needs to prioritise the implementation of HomeBuilder and fast-track the process to ‘open up’ the scheme as a matter of urgency so that people can apply in time and the construction industry does not suffer.

“Other States and Territories have already set the process in place – so it can’t be that hard, especially as the First Home Owner’s grant is already in place.“

Ms Simpson said: “The Queensland Government needs to ‘stop dragging its heels’ and stop making excuses – the money is there from the Commonwealth to help the residential construction industry bounce back from Covid-19 – so let’s open up the scheme and get the ball rolling now.”