The Australian – Queensland LNP calls for royal commission into corruption 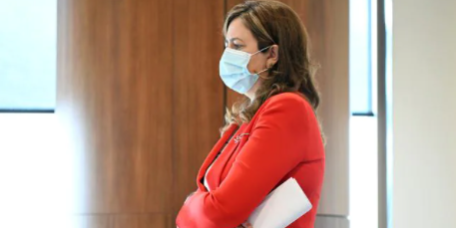 A royal commission into corruption in Queensland is needed after the state’s former state archivist slammed the Palaszczuk government for “inappropriate interference” in his office, the LNP says.

Mike Summerell, who served in his role for five years, said his contract was not renewed last year, believing his stance on independence and integrity cost him his job.

In a scathing statement to the Courier Mail, Mr Summerell said he had reported concerns about potential inappropriate interference in his role to the Crime and Corruption Commission before leaving.

“For many senior public servants in Queensland the concept of an impartial, apolitical and professional public service is career suicide,” he wrote.

“The more senior they become the more challenging it becomes.”

At the time of his departure, Mr Summerell was involved in a debate about whether Ms Palaszczuk’s private emails should be retained for public record.

His views, that the emails should be kept, were at odds with advice from the solicitor-general.

Mr Summerell’s statement was in response to the resignation of Integrity Commissioner Nikola Stepanov, who regulates lobbyists and advises state MPs on conflicts of interest.

Dr Stepanov quit after making complaints to CCC about interference in her office.

Both Dr Stepanov and Mr Summerell have backed calls for an independent inquiry.

Liberal National Party Leader David Crisafulli said this week had been the “darkest chapter for integrity” since the 1989 Fitzgerald Inquiry.

“The government has lost its three most senior integrity figures and the allegations and calls for actions as they walk out the door are damning, they must be listened to,” he said.

“Today I have written to the Premier demanding a royal commission – or as we know them in Queensland, a commission of inquiry – into corruption throughout the Queensland government.

“Anything short of a royal commission doesn’t cut it.”

Link to article: The Australian: Queensland LNP calls for royal commission into corruption