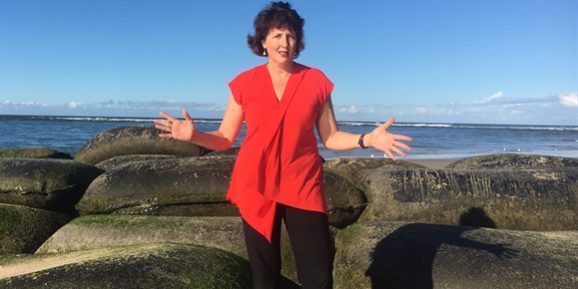 Member for Maroochydore Fiona Simpson is sending a clear message to Council and to the local community that she does not support Council’s plans to build a permanent rock wall at the Maroochy River mouth.

Ms Simpson is joining with community members in their “don’t rock the Maroochy” campaign.

Ms Simpson said she had called on Council to carry out proper community consultation before making any decision when their plans were announced in January this year.

“I wrote to every Councillor in January saying that I had grave concerns about the potential long-term impact and that I did not support a permanent rock installation,” Ms Simpson said.

“I have asked Council to consult with the local community on this issue and listen to the concerns raised by people who know the history of this river mouth.

“This is an untrained river mouth which has historically moved to the north and south.

“I am concerned that building a permanent structure would have more negative than positive benefits, such as changing velocity of water flow and causing erosion in other parts of the river.

Ms Simpson said the geotextile groynes were chosen as the preferred solution years ago after extensive engineering and public consultation.

“The geotextile bags have been a successful solution so why change something that is working?” Ms Simpson said.

“Once rock walls are in place, their permanency makes it harder to undo these negative consequences without more extensive and costly engineering interventions.

“The current solution has protected Council’s caravan park at Cotton Tree from erosion from the river mouth's historic trail of wandering.

“The revenue received from this popular caravan park would have offset many times the costs of maintaining the groyne over the years.

“I am sending a clear message to Council – don’t rock the Maroochy!”