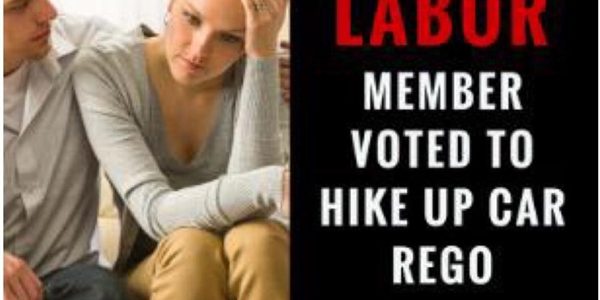 Member for Maroochydore Fiona Simpson took up the fight for motorists in Parliament and voted against Labor's new price hike on the family car rego.

She said it was disappointing that the Labor-minority Government successfully voted last night to put up car rego two and a half times the latest inflation rate which could not be justified.

“It's whacking those who can least afford it. It's not fair,” Ms Simpson said.

“Under Labor last time they were in Government, they made Queensland the most expensive place to register a family car, putting it up 30% over 4 years. They've learnt nothing.

“This year CPI was originally estimated to go up by close to 3.5% but the actual figures are out and the CPI rate has only gone up 1.4%. Instead of acknowledging that and adjusting registration rates, Labor are grabbing the
money and running.

“Under the LNP, we kept our promise and froze car rego on the family car during our first term in Government due to Labor's record of hiking rego in the past above CPI – and we kept building roads.”