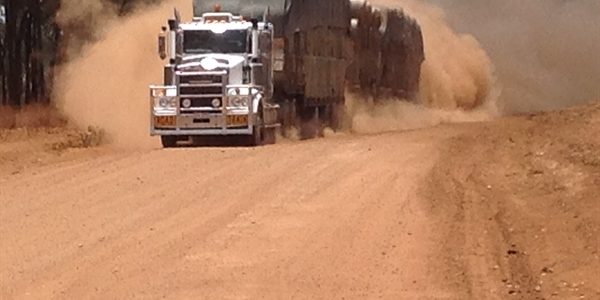 Shadow Minister for Main Roads Fiona Simpson has been hitching rides with truckies through some of the highways and byways of this great State this year to see these roads first-hand and hear from those who travel them the most.

Speaking in Parliament today, Ms Simpson reported to the House what she has seen over the past few months while travelling the length of the Bruce Highway from Cairns to Brisbane, the Hann Highway south of Lynd Junction, north west of Charters Towers and the Peak Downs Highway from Mackay to Moranbah.

Ms Simpson said she wanted to see for herself what work still needs to be done and what these networks means for the jobs of this state, businesses moving goods to markets and linking communities to services and their work.

“Rather than just flying over the top going from A to B and reading maps, this approach has provided a first-hand insight as to what these roads are really like and to better understood the distances involved,” Ms Simpson said.

Ms Simpson observed some of the valuable upgrades which have taken place in recent years, particularly on the Bruce Highway under the Bruce Highway Action Plan with up to $10 billion of works programmed over 10 years with record funding from the Federal Government.

She received positive feedback from motorists and truck drivers about recent safety upgrades which have occurred under the LNP Government  – with new overtaking lanes, safety separation strips with rumble strips and a move to expand the number of rest areas and safe pull-over areas.

Ms Simpson raised the need for an ongoing program of works on the Peak Downs Highway and also the Hann Highway.

She met with the Peak Downs Highway Road Accident Action Group who are passionate advocates for the need for the Walkerston Bypass to stop petrol tankers going through the middle of the town.

Ms Simpson asked the Minister for Main Roads to outline the expected cost of the Walkerston Bypass project and how much work needs to be done to finalise the design.

Ms Simpson also commented on the Eton’s Range realignment which is about to get underway thanks to Federal Government funding of $167.67m and a funding commitment of $23m from the LNP State Government which will improve safety.