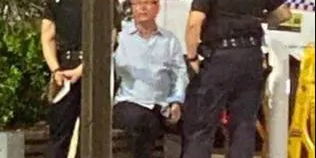 Resounding calls for Les Walker to front the people of Townsville and explain himself have been rebuffed, after he was knocked out in a fight at The Mad Cow Tavern at the weekend.

CALLS for Mundingburra MP Les Walker to front the people of Townsville and explain himself have been rebuffed.

In the early hours of Saturday, Mr Walker was involved in a fight at Flinders Street nightclub the Mad Cow Tavern about 1am.

The MP was knocked unconscious and taken to hospital.

He was released a few hours later without any serious injury. The 56-year-old former councillor was celebrating his birthday.

“There are questions which only the Member for Mundingburra Les Walker can answer,” Ms Simpson said.

“He must front the people of Townsville to explain what happened at 1am at The Mad Cow on Saturday.

“The people of Townsville deserve better than silence.

“Whatever has happened here, hiding from the people he represents is not an option.”

However a state government spokesman said Mr Walker would not be commenting while there was an active police investigation under way.

“The shadow minister for integrity should understand that Townsville police should be allowed to conduct their investigations without interference from southeast Queensland politicians.”

Two men, 19 and 21, have been banned from the city’s Safe Night Precinct in the Townsville CBD after the incident. However, Mr Walker did not receive a ban.

No charges have been laid against anyone involved in the altercation.

The safe precinct includes some of the city’s popular restaurant and bar areas, including Palmer Street, Flinders Street, The Strand, Wickham Street, and at Sir Leslie Thiess Drive.

The Townsville Bulletin understands Mr Walker and his lawyer attended a police station on Monday.

Before his time in parliament, Mr Walker served on Townsville City Council in Division 10 and as Deputy Mayor.