Minister for Transport referred to the CCC 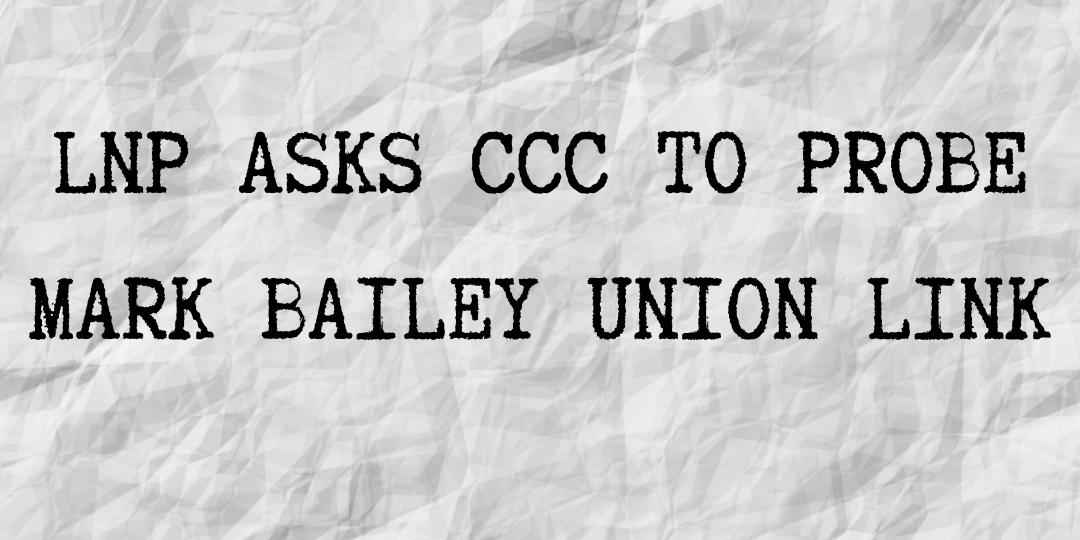 I can confirm that following the release of the Transport Minister’s private emails on 15 March, I have referred this matter to the Crime and Corruption Commission (CCC).

I have asked the CCC to investigate if confidential cabinet information was disclosed, as the emails raised concerns over Cabinet Confidentiality, whereby revealing strong links between himself and the late Electrical Trades Union boss Peter Simpson.

It is my understanding that this was never investigated and I believe it is vital that it is.

This is a very serious matter that runs right to the top of the Palaszczuk Government.

We know how dodgy the whole Mangocube scandal was, but this takes it to a new level.

If Ministers or their offices have been passing confidential cabinet information to union officials or third parties who stood to directly gain from that knowledge, then that could be considered corrupt conduct and must be investigated.

It is this sort of behaviour that Queenslanders won’t cop from elected officials.

We must get to the bottom of what has happened here.

The Palaszczuk Labor Government has no respect for integrity, so I had no choice but to refer this matter.

I hope that the Palaszczuk Government cooperates with an investigation.