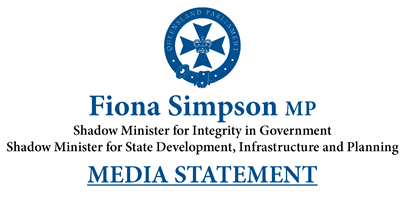 IT’S been revealed the State Government has fallen short of its promised increase in new beds at Sunshine Coast University Hospital.

It’s this broken promise – causing a shortfall of 74 beds – which is putting pressure on patients and staff and causing blow-outs in ambulance ramping.

This has to be fixed so patients can be seen in time and the beds opened.

The information was revealed in an answer to a question I asked in Parliament.

Queensland Health stated that the Sunshine Coast University Hospital (SCUH) will have 738 operational beds by 2021.

We are nearly at the end of 2021 and SCUH has only has 664 available beds, making the hospital 74 beds short.

To boast about commissioned bed capacity is a broken promise.  If a bed is not staffed and appropriately funded it is not operational.

Years before COVID-19, the promised plan was to increase bed capacity at this hospital to 738 beds by the middle of 2021.

It is little wonder that ramping at SCUH is at 52%, up 19.5% compared to 13 months earlier and has the fourth worst ramping levels in the state.

This a Queensland Health scandal and needs to be addressed immediately. The Queensland Labor Government is losing control of health.­­­