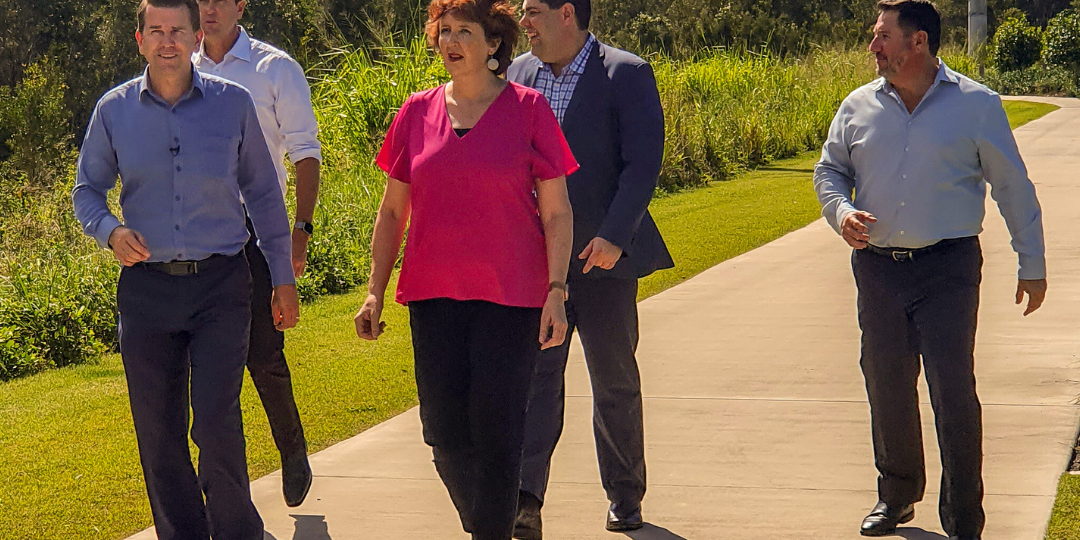 I’m a supporter of heavy rail being built into Maroochydore on the existing CAMCOS route and a proper integrated transport network being built and developed for the whole of the Sunshine Coast using road, rail and better modern buses.

However, I am also keen to encourage everyone to have their say about Council’s “mass transit” study which is different from CAMCOS. This mass transit corridor goes between Caloundra and Maroochydore mainly along Nicklin Way but also through Mooloolaba and Alexandra Headland so your voices are heard.

I don’t support light rail in this corridor due to its impact, mainly Council’s proposal to substantially increase the density in a way I think is beyond the community’s appetite or sustainability and the removal of traffic lanes. The impact of removing two lanes of traffic hasn’t been revealed or catered for in the study. Despite claims that people will take public transport instead, even with the most optimistic scenario of mode shift, there would still be a net increase in traffic volumes due to the increased population density but with less road capacity. I don’t think this is good planning.

The light rail options that have previously been floated by Council would also negatively impact areas such as Alexandra Headland.  Just imagine what that area would be like with the removal of beach-side car parks, particularly over the bluff, and would create worse congestion.

There is a need for better public transport and that needs to have at its core a heavy rail commitment on a corridor that is already set aside for that purpose from Maroochydore to Beerwah which would connect us to the whole of South East Queensland through the North-Coast rail line that is on the network.

Let’s be clear, let’s get this right, put the infrastructure in the right place and build the right network for the whole of the Sunshine Coast.

SAY ‘NO’ TO LIGHT RAIL on the Sunshine Coast, the dollars need to be spent to improve the heavy infrastructure in the best way – let’s not waste the money.

For the details on how to have your say, click here: https://www.fionasimpson.com.au/have-your-say-sunshine-coast-mass-transit/

This Saturday, 8 May the Council Representatives and the Mass Transit Action Group will be available to speak with at the Alex Collective Markets from 7am-12pm.

Public consultation is open until 22 June 2021.

Category: Recent stories featured in my e-newsletters6 May, 2021