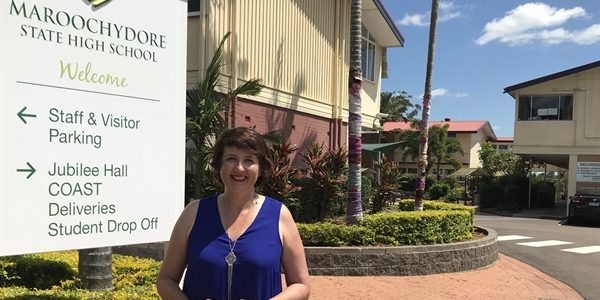 Ms Simpson said the LNP would better support Queensland families with new classrooms and removing asbestos so students had the best possible chance to learn in a safe, modern environment.

“The fact is that Maroochydore High has reached capacity. Something has to be done and I’ve listened and strongly advocated for this plan,” Ms Simpson said.

“While Labor has dragged the chain, the LNP is determined to better support Queensland
families by upgrading our schools.

“This is a significant $3 million project under our Better Schools Fund that will benefit students, teaching staff and thousands of local families for generations to come.”

“A vote for anyone other than the LNP will see a return of a do-nothing Labor Government which has the wrong
priorities and has taken the people of Maroochydore for granted,” Mr Nicholls said.

“Maroochydore State High School classroom upgrades are all part of our plan to Build a Better Queensland by Building a Better Maroochydore.”