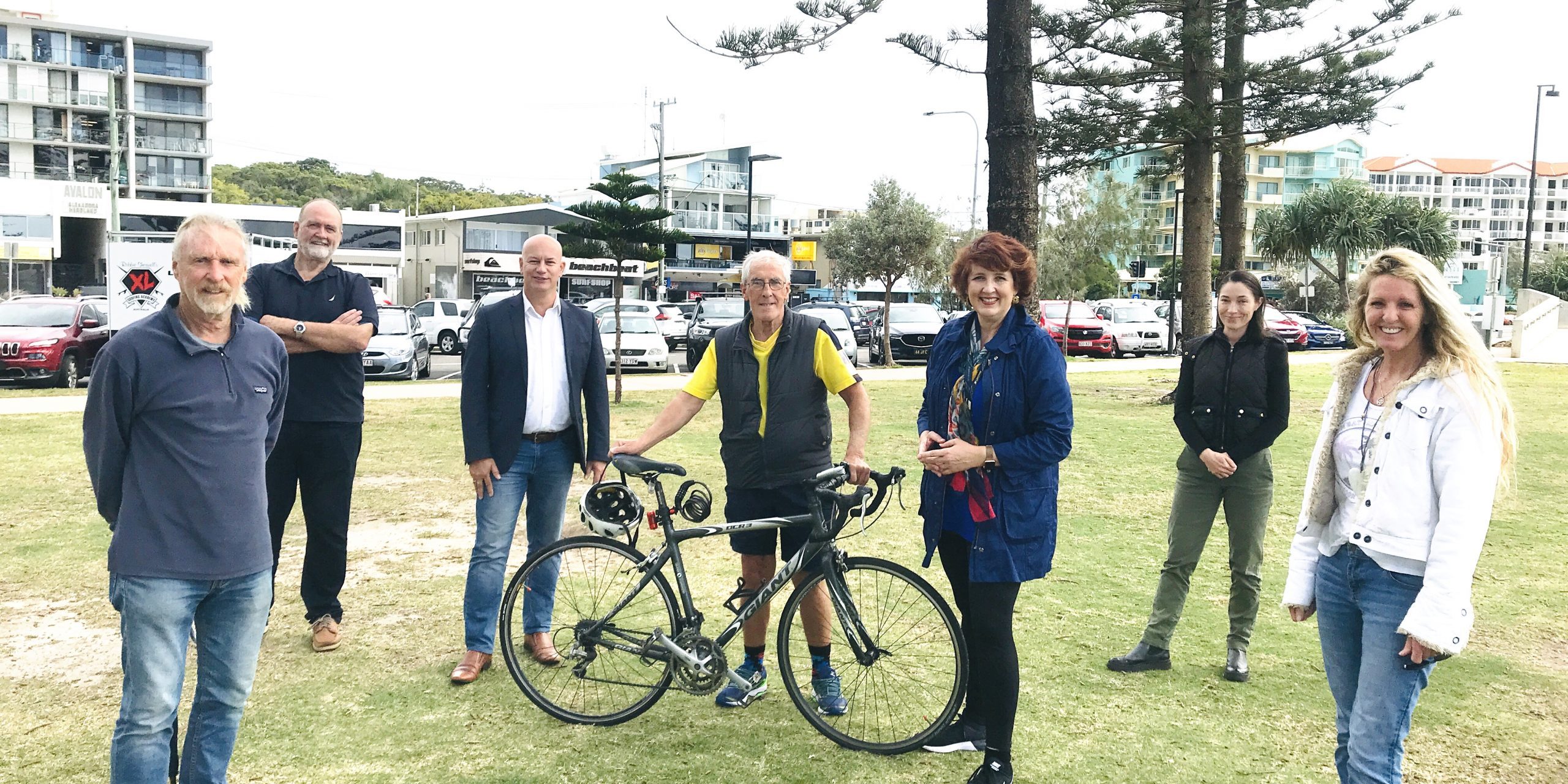 The Shadow Minister for Transport and Main Roads, Steve Minnikin,  and local MP Fiona Simpson today pledged an LNP State Government will reject the current design of a controversial cycleway project through Alexandra Headland and get real input from the community to develop a comprehensive plan for the fragile beachfront strip.

Mr Minnikin also guaranteed the State Government money for the project will stay local to improve bike and pedestrian pathways along the busy tourist strip.

Stage 6 of the M2M (Mooloolaba to Maroochydore) Cycleway is a 1.2 kilometre section from Mary Street at Alexandra Headland to Sixth Avenue at Maroochydore that is proposed to go through beach foreshore parkland and 70+ public carparks on Alexandra Parade.

The State Government has allocated spending about $6.7 million and working with the local council with total costs projected to cost about $8m.

A map for public feedback was released on 6 May 2020, showing more than 70 beachside carparks would be lost and new conflict points would be added to the design.

Public consultation on the Stage 6 preferred option finished yesterday (Friday 31 July) and feedback received will be used by Transport and Main Roads (TMR) to further develop the project design.

The Shadow Minister for Transport, Steve Minnikin, met today with protestors from ‘Beach Matters’ and Maroochydore MP Fiona Simpson at Alexandra Headland to discuss their concerns about the project design.

Protest group, Beach Matters, has more than 800 members and has been extremely vocal about the proposed design, citing serious concerns that people will not have direct access to the beach.

Serious cyclists have also indicated they would stay on the road and not use the new cycleway as the design currently stands.

Ms Simpson said: “There must be no barrier to beach. We must protect this fragile coastal strip – not destroy it and the pristine open green spaces – and we must maintain the public amenity to this beautiful beach. She welcomed Mr Minnikin’s commitment to guarantee the funds under an LNP Government would be spent on this area to “get the design right”.

Mr Minnikin said: “An LNP government will scrap this costly, controversial design and start fresh with the people’s input and have genuine community consultation to get this done right. I strongly support active transport which includes cycling and walking but it must be done with genuine community involvement in getting designs that enhance safety and access as well as amenity and the current State Labor Government has failed to do that.

“$8 million all up is a lot of money to spend on a 1.2 kilometre cycle path project and its ancillary works  – it’s not good value for taxpayer’s money – especially when it only costs $2 million per kilometre to build an extra lane on the Bruce Highway,” Mr Minnikin said.

“The $6.7 million or more of State Government money will not be lost – it will still be spent locally – but it will be spent “sensibly” – not wasted – to not only improve bike and pedestrian pathways along the busy tourist strip – but also to develop and design a much better plan for Alex that takes into account future infrastructure projects,” said Mr Minnikin.