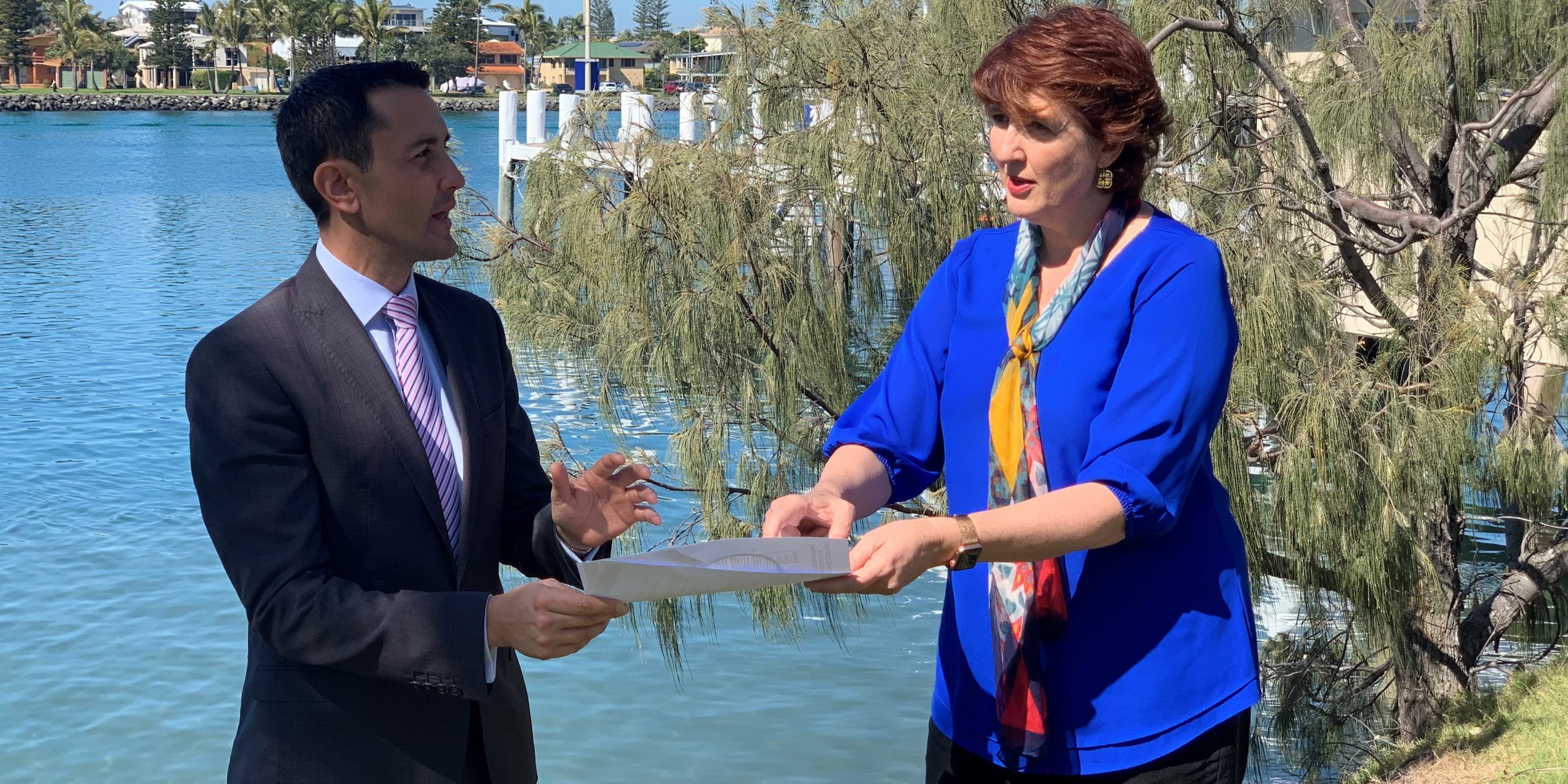 Something fishy is going on at the end of Mooloolaba Spit and it’s not the seafood which has made the port so famous.

Shadow Environment Minister David Crisafulli and State MP Fiona Simpson today called on the State Government to release their $62,000 Ernst and Young investigation into increasing height levels, intensification and giving land over to developers on the end of the Spit.

“If there’s no threat to Mooloolaba Spit’s future, why is the report still secret?” Mr Crisafulli said.

“Why was it commissioned in the first place where the State Government investigated redevelopment options above Council height limits and giving over public land to commercial developers.

“It’s time for the State Labor Government to come clean and release the report or else any guarantees about ‘nothing to see here’ simply fail to stand up to scrutiny.”

Ms Simpson said the Transport Minister’s responses so far were as slippery and smelly as a bucket of very old fish.

“This area is precious. The State Labor Government was caught out proposing “intensification” of this area in secret briefs to consultants but the final report has been blocked from release under Right to Information requests. The Minister’s previous answers to requests for information was full of abuse and short on transparency. That’s a classic cover-up ploy.”

Ms Simpson said about 2000 people had signed a petition protesting the State Government’s secret proposals and calling for the protection of the area and the petition was till open.

A plan to increase the heights and commercialise the end of the Spit  would destroy what the public love about this precious area and threaten the marine services which are also located there.”