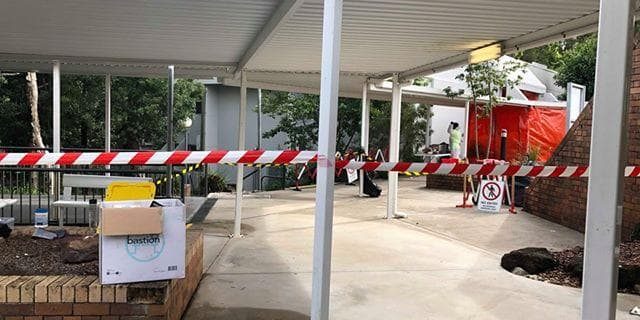 In a damming insight into Labor’s chaotic mismanagement of Queensland TAFE it has been today revealed that the government has spent years covering up a dangerous public health risk at Nambour TAFE.

Shadow LNP Minister for Training Fiona Simpson slammed the Palaszczuk Labor Government for covering up a noxious mould infestation that risked the respiratory health of students and teachers for years.

“Staff concerns were raised back in 2015, a teacher plagued by respiratory problems has resigned and countless students have been put at risk yet Labor still refuses to take responsibility,” Ms Simpson said.

“Annastacia Palaszczuk has run TAFE into the ground and our next generation of Queenslanders are paying the price.

“Instead of investing in TAFE Queensland’s future, Labor’s management has overseen the wasting of millions of taxpayer dollars on hospitality expenses, international travel, brand research, commonwealth games tickets and a golden handshake for the ex-CEO.

“TAFE Queensland continues to miss out on $245 million in federal funding simply because Annastacia Palaszczuk is more concerned with petty political games than student outcomes.

“With nearly 20% fewer Queensland students in-training than under the previous LNP Government it’s clear that Annastacia Palaszczuk doesn’t care about providing the training Queenslanders need to get jobs.**”

Local LNP member for Nicklin Marty Hunt has demanded that Annastacia Palaszczuk start putting the interest of training students for jobs ahead of the interests of her chaotic Labor government.

“My electorate has an escalating jobs crisis with the youth unemployment rate growing over the past year to an unacceptable 15%,” Mr Nicklin said.

“Nambour TAFE needs proper investment so that students can be trained for jobs and not given respiratory illnesses.

“It’s unbelievable that the Palaszczuk Labor Government has taken so long to act ignoring the many concerns raised from students and teachers.

“While Annastacia Palaszczuk plays petty political games, Nambour students are missing out on the training they need to gain jobs.”