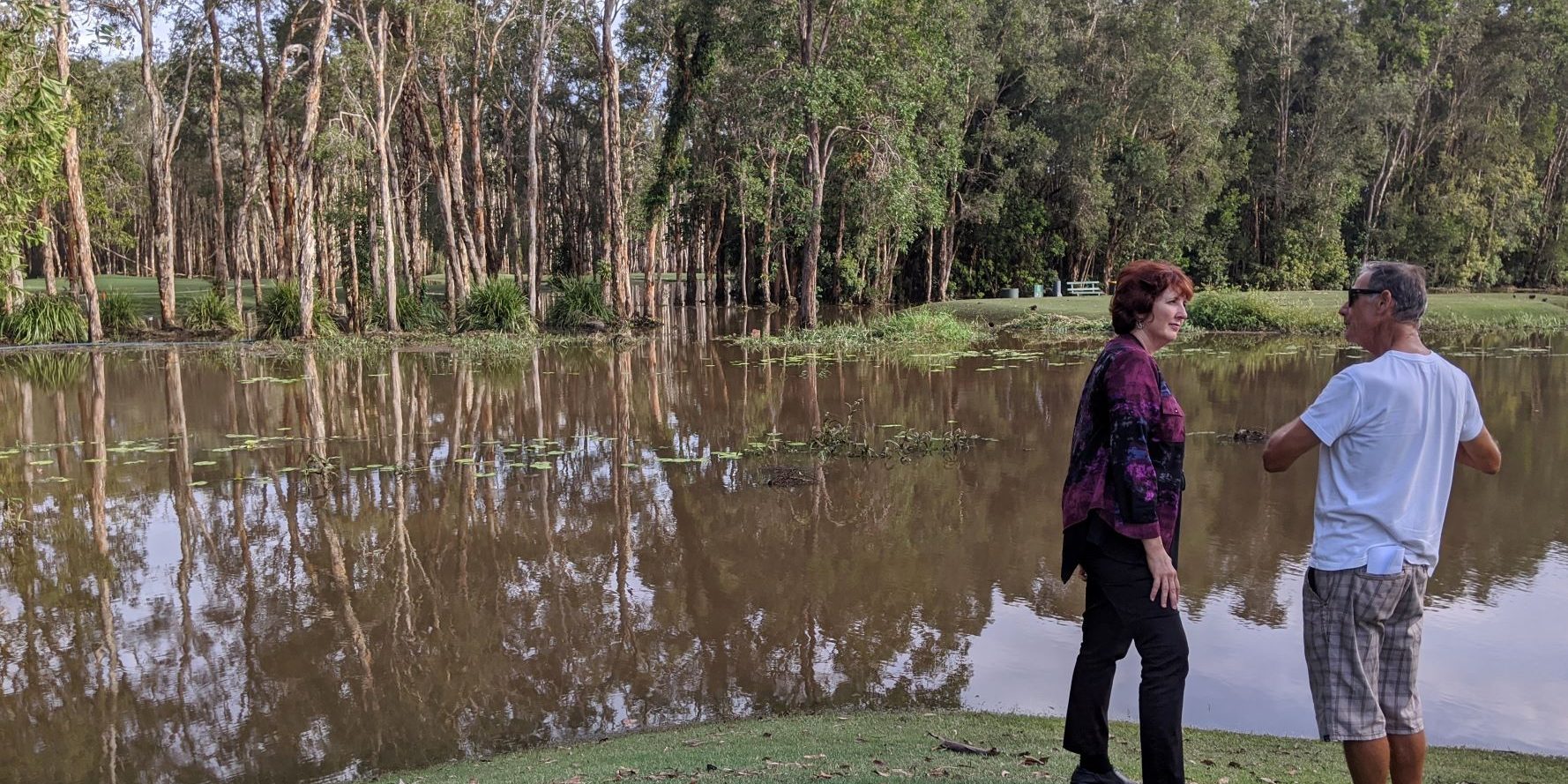 The State Government must slash red tape to urgently approve the cleaning out of drains in Mount Coolum and surrounding area to improve safety and cut risk of flooding, State MP Fiona Simpson said.

Ms Simpson said that local residents had contacted her as they were concerned the drains were compromised due to red tape which had seen the width of drainage near the Mount Coolum Golf Club shrink from up to 30 metres to only a few metres.

“After recent downpours, I was contacted by the golf course and local residents and I’ve been in discussion with Cr Jason O’Pray and Council as we want to see a solution put in place urgently.

“Council is normally responsible for the drains but in this case they have to get environmental approvals from State agencies to remove the vegetation which includes mangroves and widen the channel in the drain.

“I support any applications Council makes to widen the drainage channels but I’d go further to say that there should be standing State Government approvals in place so council can act to keep the integrity of the storm water and flood management system.

“This is ridiculous that red tape is making it harder for councils to do their job and compromises keeping the public safe.

“I’m urgently calling on the State Ministers and their agencies to approve council’s right to increase the width of this channel within the gazetted drain and to allow them to keep the drains clear and operational in accordance to the storm management plan for the area.

“While the rainfall was high it wasn’t unprecedented, but there will be big rain events again. The lack of efficiency and proper cleaning out of drains is a huge issue and compromises the storm water and flood water management processes.

Ms Simpson has written to the Government Ministers to ask them to act.