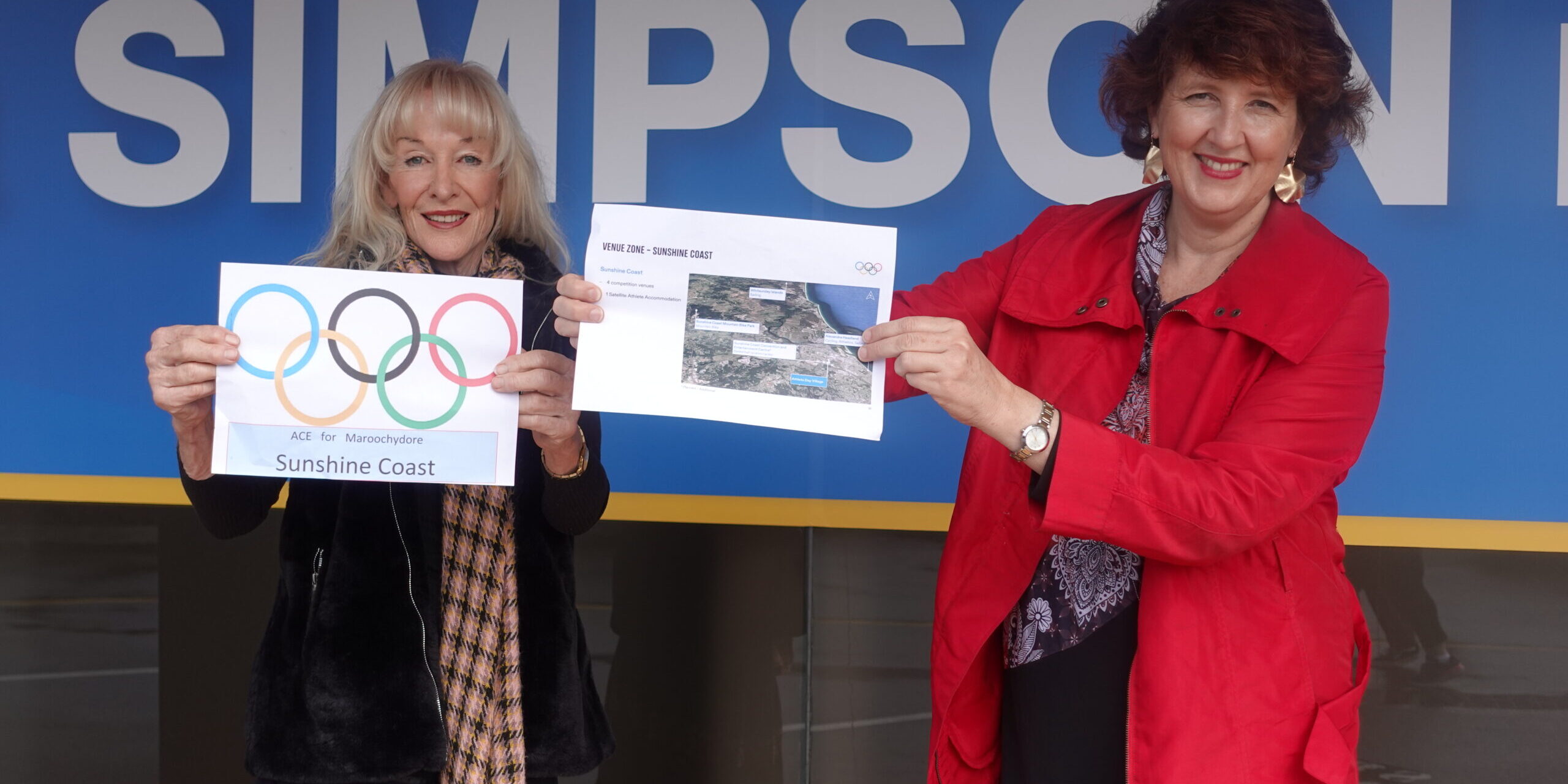 Two Sunshine Coast leaders have backed Maroochydore as an Olympics venue for basketball saying it was a golden opportunity that could deliver the long-awaited Sunshine Coast Arts, Convention and Exhibition Centre.

They’re calling on the Council and the State Government to get on board.

“Maroochydore was the first choice in the IOC Olympics Feasibility Report, but we need the Council and the State Government not to back away from this recommendation,” Maroochydore MP Fiona Simpson said.

“This could be a win-win in delivering the first stage of a desperately needed multi-use arts, convention and entertainment facility which could stage events like the preliminary basketball games and leave a substantial legacy which will continue to grow.

“I understand there could be at least $80m made available in funds for an Olympic facility which would help deliver a great sporting event and a substantial first stage of a multi-use Convention Centre.”

President of the Sunshine Coast Arts Convention and Entertainment Association and long -term advocate, Alison Barry-Jones, said the funding for Olympic facilities would be the catalyst to deliver the long-awaited multi-purpose entertainment centre.

She said this funding contribution would be a great sign that the Sunshine Coast has finally been recognised for the long overdue infrastructure our community deserves and needs.

“We are poised within the Olympic Triangle – Gold Coast, Brisbane and Sunshine Coast – to host the basketball preliminaries for the 2032 Olympics and we must ensure that the Sunshine Coast does not get overlooked”, Ms Barry-Jones said.