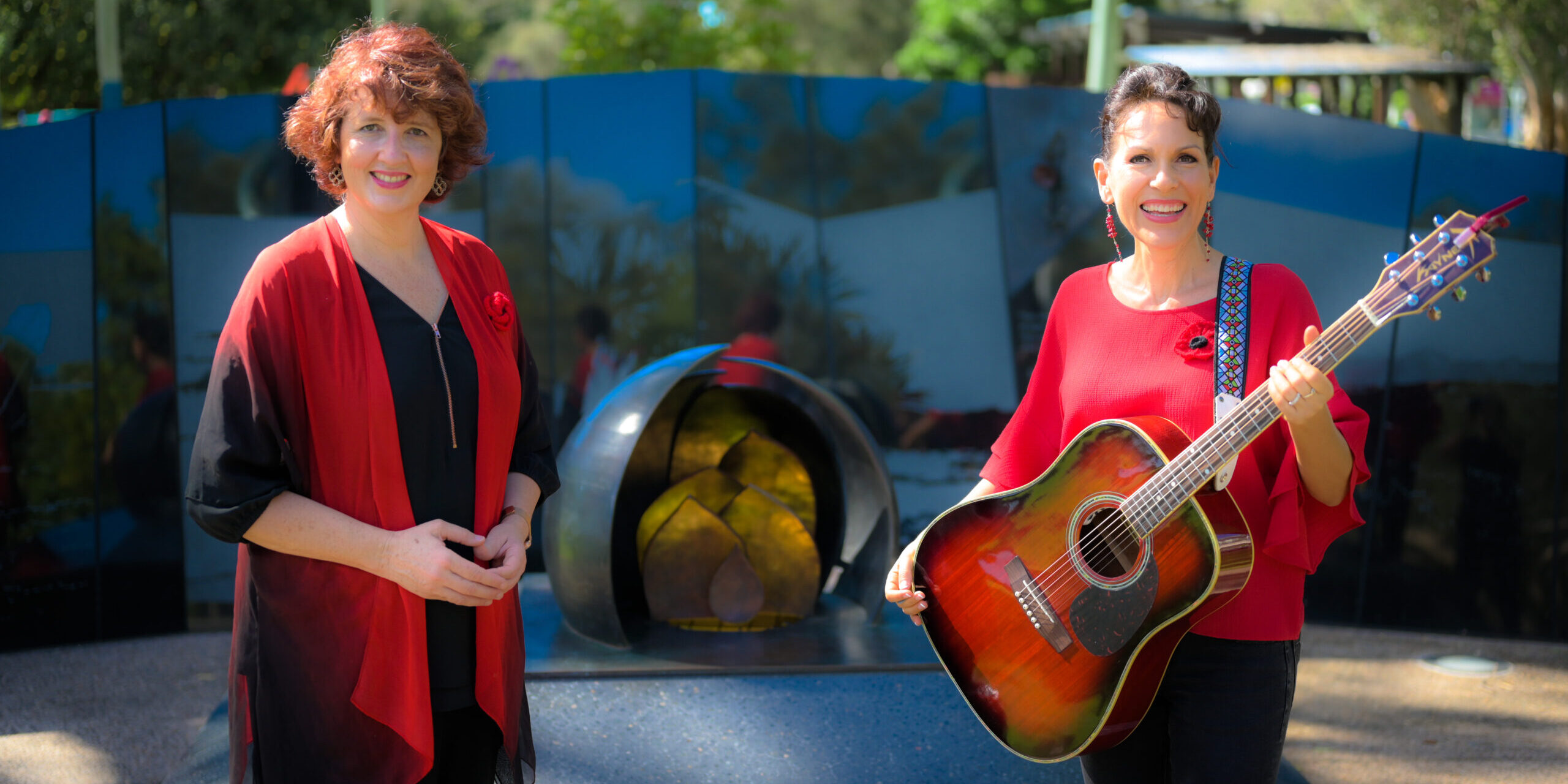 A song from the heart, written during last year’s COVID lockdown, has been professionally recorded and released in time for this year’s ANZAC Day by Maroochydore State MP Fiona Simpson.

Titled “Lest We Forget”, the poignant song was co-written by Fiona when last year’s gatherings were banned and Aussies instead paid tribute to the sacrifice of the ANZACs by standing with candles in their driveways at dawn on April 25.

“Like thousands of other Aussies, last year we had to commemorate ANZAC Day differently, but it was no less meaningful” Fiona said.

“If anything, the driveway vigils with thousands of Aussies standing silently with their candles at dawn demonstrated just how strong the desire was to make sure this day did not go unmarked despite the challenges.

“With some services across the Coast and State still cancelled this year people may still choose to “Light Up The Dawn” at home in their driveways or attend the services which are happening at local cenotaphs.

“It’s important that we all have the opportunity to honour our ANZACs and give thanks in our own way.

“On ANZAC Day I am looking forward to singing the National Anthem at both the Mudjimba and Maroochydore morning services.

“Part of saying ‘thank you’, is always remembering and honouring those who have served or who serve today – and that includes those who care for the vulnerable in our health and aged care system as well as the military.”

Fiona wrote the lyrics and her friend and fellow Sunshine Coast singer, Tanya Maree McFadyen-Bandera, wrote the music over zoom collaborations last year just before ANZAC day. With only days before ANZAC Day 2020 they roughly filmed the song in a corner of a school music room on a laptop and uploaded it to YouTube.

However, for ANZAC Day 2021 the song has been professionally recorded with the help of producer Andrew Ironside and Glasshouse Studios and is being released on Youtube, digitally and on CD.

Fiona’s office has a limited number of CDs to give away along with Australian flags in honour of ANZAC Day or people can listen on her YouTube Channel, Fiona Simpson MP.

The song will eventually be available on music distribution platforms as well.

To play the song go to: https://youtu.be/g-SBIm7YcKI

–  For radio stations, a WAV version is available on request.