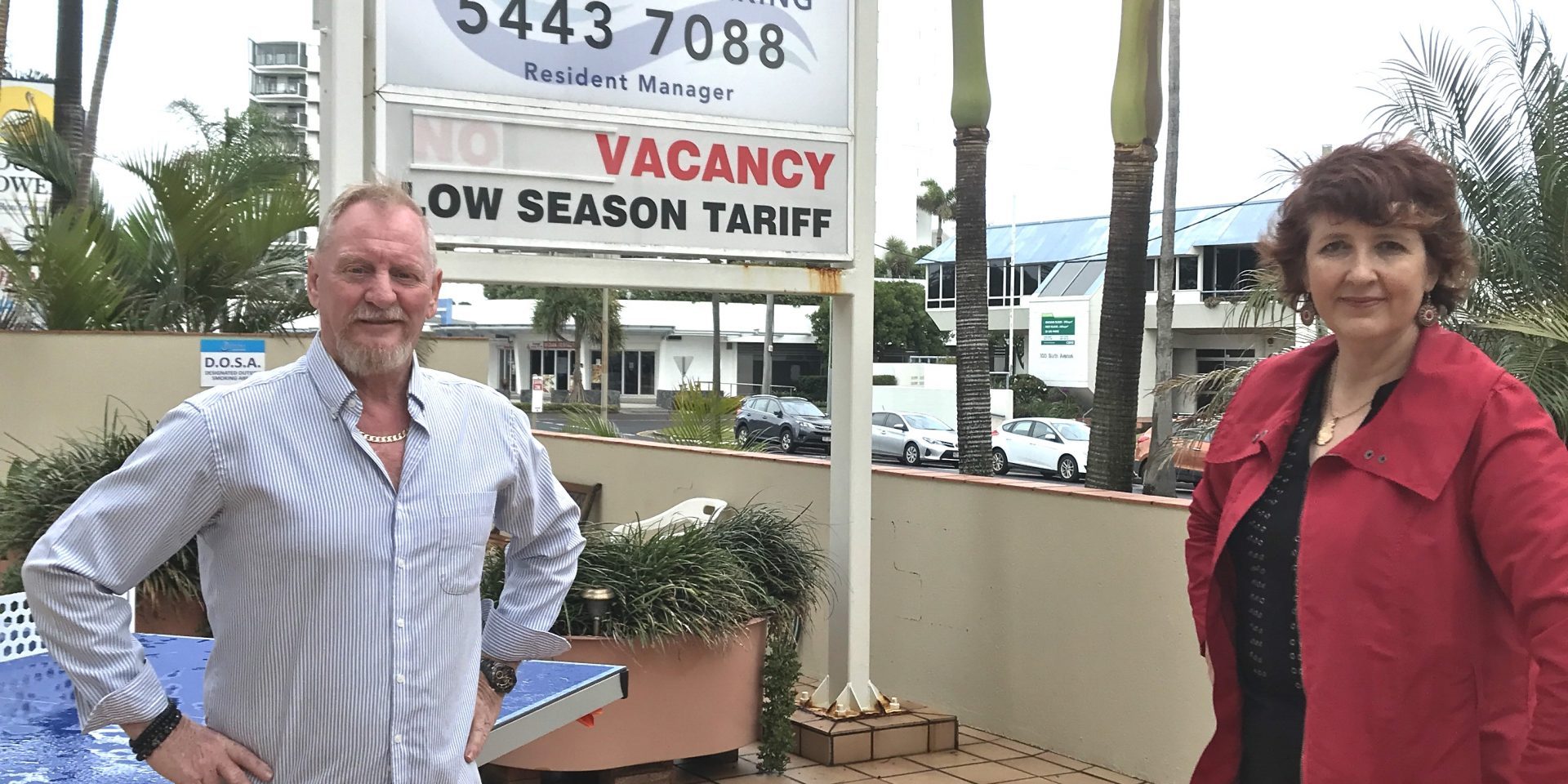 Salt is being rubbed in the wound of a bleeding Sunshine Coast tourism industry who are being slugged thousands in State Government taxes without relief while other regions get special multi-million dollar relief packages.

Member for Maroochydore Fiona Simpson has called for a fair go and fee relief for Sunshine Coast businesses such as “The Burlington” Holiday Apartments who have lost up to 75% of their trade but still have to pay government $3000 State “holiday letting” licence fees without relief.

“Not good enough. Come on Premier, get your act together and provide relief to the businesses who are struggling because of your decisions. This $3000 invoice for Holiday Letting Licences is a bit rich at this time when State borders are closed and people’s revenue has gone through the floor.”

“It is crazy, cruel and wacky for the State Government to charge these struggling businesses, particularly accommodation providers, outrageous fees without relief at a time when they have lost their trade due to the Premier’s lack of clarity about border re-openings.

“The Premier has flip-flopped over the timing of the border reopening which hurt but she has now rubbed salt in the wound by announcing multi-million grants to industry in other regions with far less for the Sunshine Coast and continues to charge these very high business charges and taxes.”

In the meantime they made a plea for fee relief which went to the State Attorney General months ago and still hasn’t been answered.

Instead they got an invoice for $3000 for their Holiday Letting Licence and were denied fee relief.

“I am calling on the State Government to step up and provide relief on these fees and support our local tourism industry.