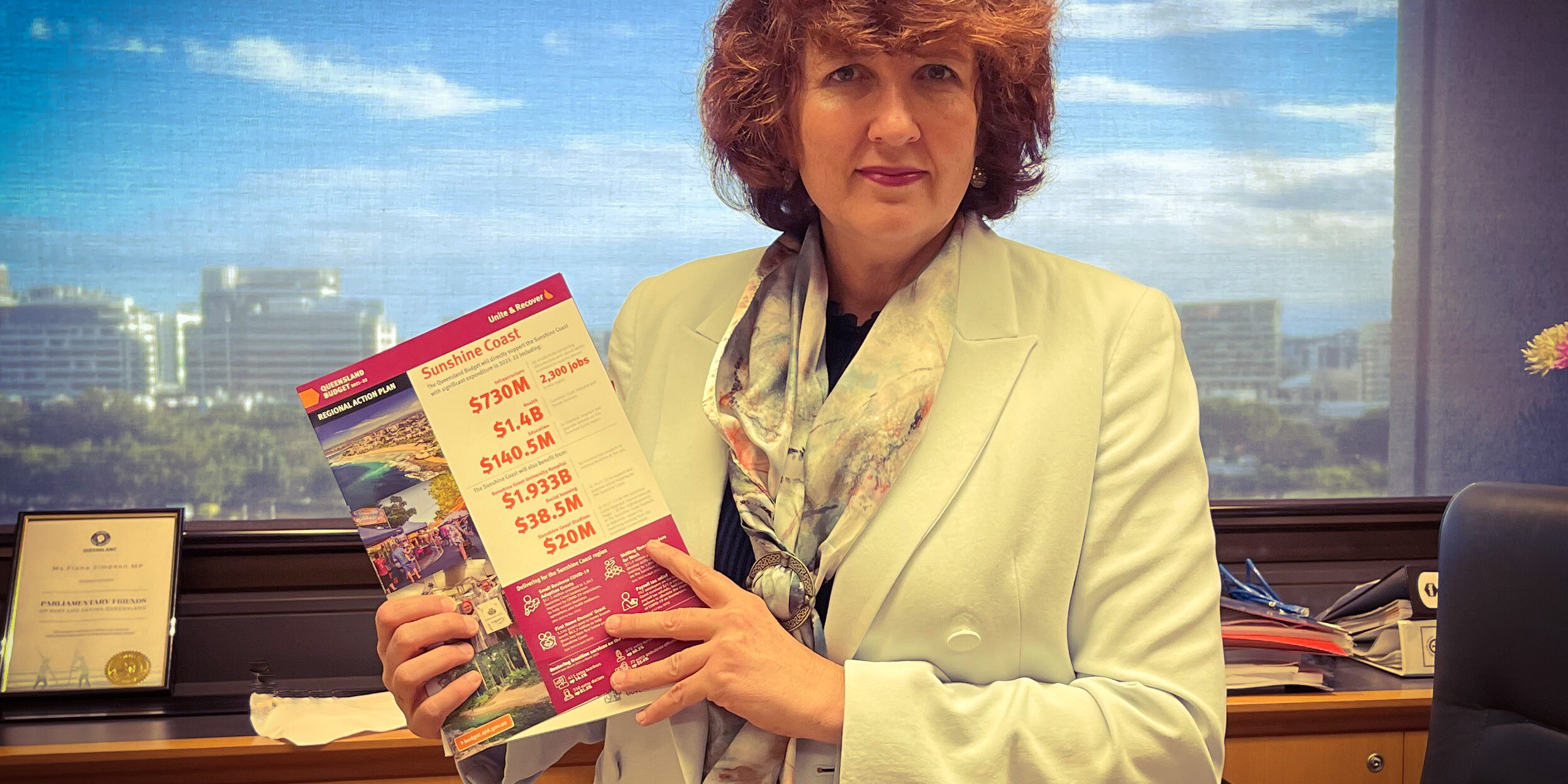 AN underwhelming State budget has been released which cuts State-wide infrastructure spending by $4billion over the next four years while revealing a controversial $1.5b cost blow-out in Brisbane’s Cross River Rail.

Member for Maroochydore and Shadow Minister for Infrastructure Fiona Simpson said that the Palaszczuk Labor Government had lost an opportunity to invest in cost-effective economic infrastructure to help Queensland’s COVID recovery while other States like New South Wales and Victoria were spending $2,000 more per head of population in infrastructure.

“The underspend on economic infrastructure across Queensland is hurting growth areas such as the Sunshine Coast,” Ms Simpson said.

“While it’s good to see work finally begin on the Mooloolah River Interchange in this financial year, it is disappointing the State Government is only allocating a mere $4m for 2021/22 and is stretching the finish date under some time past 2025.

“Furthermore the State Government has refused to put a plan forward to advance the CAMCOS corridor for public transport, particularly heavy rail into Maroochydore.

“If this is putting the pedal to the medal as the State Treasurer said, it’s time for a new driver who knows how to support economic growth and infrastructure delivery.”

“The expenditure of $5.7m on Mooloolaba State School this year for additional classrooms is welcome. This follows on from the $1m spent last year and will go to increasing the learning spaces for the school.

“However, it’s disappointing that an older high School like Maroochydore State High School hasn’t got a commitment from the government to replace some of its 50-year-old buildings with modern learning spaces. I’ll keep fighting to raise this as a vital issue for the learning environment for our students and teachers as this is a top award-winning school which needs recognition.”

In other news, there will be nearly $40m spent on the Sunshine Coast University Hospital.

Other expenditure outlined in office 2021 QTRIP report for the region (refer p.60), not broken down in the Budget Paper includes: