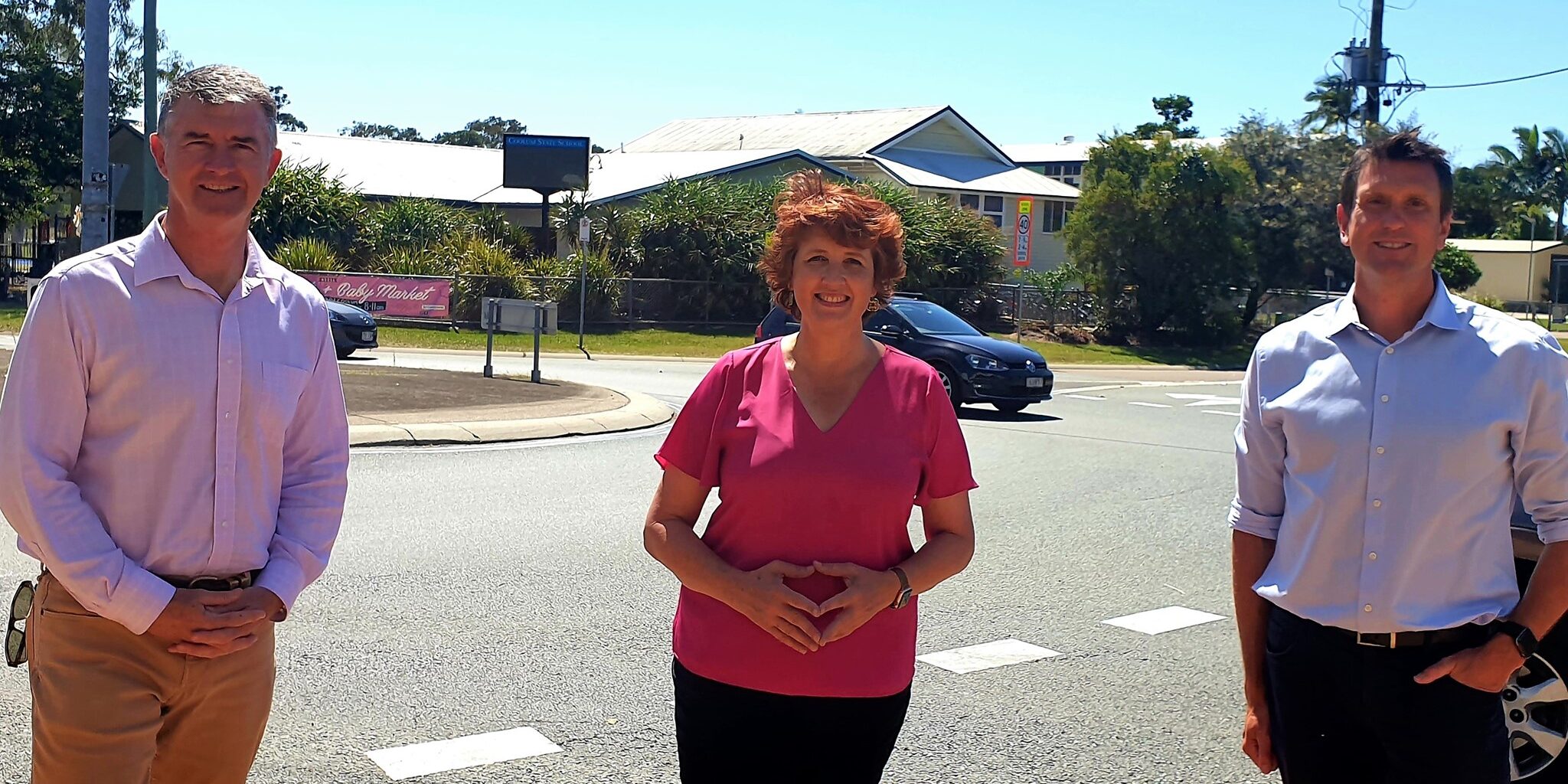 An LNP Government will invest $30m in a major upgrade of Coolum roundabout and new Mt Coolum on-ramps to the Sunshine Motorway to help Queensland build its way out of recession and create nearly 100 new jobs.

The commitment involve upgrades to the roundabout on Yandina Coolum Road, parking and traffic improvements around Coolum State School, as well as two new south-facing ramps at Mt Coolum connecting to the Sunshine Motorway.

The new partial interchange will link to Council’s proposed South Coolum Road connection on the west of Mt Coolum near Suncoast Beach Drive.

“The new connection to the Motorway will stop rat-running through the greater Mt Coolum and Yaroomba area and take pressure off Yandina-Coolum Rd/South Coolum Rd intersection near the school.

“This connection will make it safer for local residents and bust congestion for people stuck in traffic.

“It’s not a priority for Labor, but the LNP’s plan will bust congestion and create nearly 100 construction jobs.

“A new stream-lined procurement process will speed up contracts and get shovels in the ground as soon as possible.

“Only an LNP Government will deliver the new jobs and new roads the Sunshine Coast needs for the future.”

Mr Mander said the stimulus road funding will come from its $1bn SEQ Congestion Program, which aims to create new jobs by delivering dozens of new road and rail projects across the region.

“An LNP Government will kick-start this project because the Sunshine Coast needs more jobs and less congestion,” Mr Mander said.

“One of the levers the states can pull to stimulate the economy is creating jobs with infrastructure like these road upgrades.

“Infrastructure expenditure has been cut by a staggering $12 billion by Labor over the last five years.

“On top of that, 6700 jobs have been lost on the Sunshine Coast in the last year under Labor.

“In stark contrast, the LNP believes in building infrastructure and creating jobs here on the Sunshine Coast.

“This investment in Coolum and Mt Coolum will create 93 construction jobs and we will back local contractors to get the job done.

“Only the LNP has a plan to lead Queensland out of recession and deliver a decade of secure jobs.”

LNP MP for Ninderry Dan Purdie said he had campaigned for action on the dangerous road conditions for three years, but all Labor had produced was a review.

“The LNP will fast-track this project and get shovels in the ground,” Mr Purdie said.

“The first step will be to conduct a full network assessment in conjunction with Council and then we will get building.

“Congestion is one of the top issues affecting locals, particularly in Coolum, where the population has increased dramatically over the past decade.

“Traffic grinds to a standstill every morning and afternoon at Coolum State School where it backs right up to the Sunshine Motorway.

“LNP will invest for growth, bust congestion and future-proof the local road network.

“The LNP’s $30million investment in our local road infrastructure will not only mean commuters get home sooner and safer, it will also provide desperately needed jobs and help stimulate our local economy.”