I’m delighted to see that work has now started on the $303 million expansion of the Sunshine Coast Airport. The new longer, wider runway is expected to be completed by Christmas 2020 and will enable direct flights to new tourist markets Asia, the Pacific and other locations in Australia, which will be a major boost to our regional economy.
The LNP State Government gifted three parcels of land to Sunshine Coast Council at no cost and the LNP Federal Government provided a concessional loan worth over $100 million to build the new runway.
However, I note some concern about the future of the existing runway. It’s vital that council commit to ensuring general aviation also has a future at the airport. I am urgently raising this with Council as we need to know that training and service industries associated with general aviation industry have certainty as to the their ability to operate effectively. 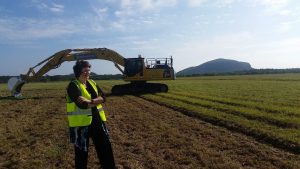 Category: Recent stories featured in my e-newsletters1 May, 2018