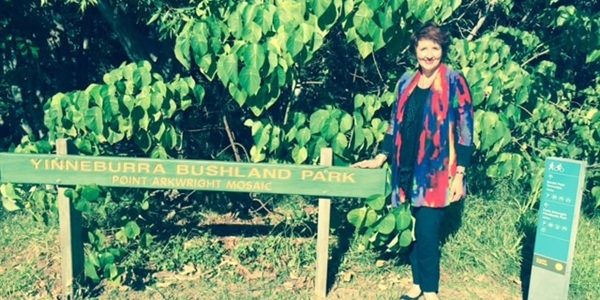 Member for Maroochydore Fiona Simpson has hailed the planned transfer of land owned by the Queensland Police Service into the Yinneburra Reserve near Yaroomba as a great win for the environment due to bi-partisan support.

Ms Simpson said that she had lobbied strongly for the Point Arkwright Police Reserve (Lot 1 on Plan PA7266) on the corner of David Low Way and Andrew Street, Yaroomba to be incorporated into the neighbouring Yinneburra Reserve (Lot 2 on Plan PA7267).

The transfer was a step closer now the police had confirmed they no longer wanted it, as they had a permanent new site on South Coolum Road instead thanks to the former LNP Government .

“I been lobbying for a new site for Coolum’s police station to replace the site leased by the former Labor government in 2005,” Ms Simpson said.

“However, the old police reserve at Point Arkwright wasn't the right answer as it was highly vegetated block of Wallum Heath measuring 2013 square metres with high conservation value and should never be cleared.

“I have been working with the community towards ensuring this land is transferred into the neighbouring Yinneburra Reserve to make sure it is preserved for conservation.

“The new Police Minister has confirmed that she is in support of this land being incorporated into the reserve under the trusteeship of Sunshine Coast Council.”

“The LNP Government has delivered a permanent home for Coolum’s police which is in a better location and is a more appropriate site for development than the former Police Reserve land at Point Arkwright,” Ms Simpson said.

“The Coolum Police Station has now been relocated to the new permanent site, which has better access to the Sunshine Motorway.

“This outcome is a win for Coolum police and a win for the environment.”