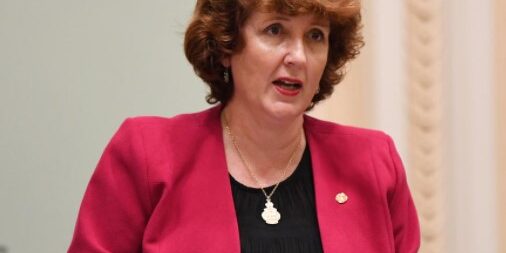 Failing to address public housing complaints in a timely manner is leaving some residents so scared of living in their homes that they sleep in their cars, a Sunshine Coast MP claims.

More than 130 complaints were made about social housing tenants in Maroochydore over two years, new data shows.

Maroochydore MP Fiona Simpson said the complaints were an ongoing issue and that the majority were from housing tenants concerning behaviour of other tenants.

She said some of the alleged behaviour was “extremely concerning”.

“These issues are being caused, because when a complaint is made to housing it is taking too long to be addressed and therefore the neighbourhood disputes escalate due to inaction,” Ms Simpson said.

“There is also nowhere to transfer someone if they believe they are in danger, which often results in tenants sleeping in their cars to feel safe.”

Housing Minister Leeanne Enoch said the majority of people living in public housing did the right thing and were good neighbours.

“The department has a zero tolerance approach for criminal behaviour and illegal activity and there area behaviour management policies in place to ensure the tenants meet their obligations to pay rent, look after their properties and be good neighbours,” Ms Enoch said.

Ms Enoch said between January 2019 and 2021 there were 134 complaints made about public housing in the Maroochydore electorate.

There were 38 warnings, 112 notice to remedy notices and two households were evicted as a result of a decision by Queensland Civil Administrative Tribunal.

The public housing department confirmed that in the Sunshine Coast local government area between 2018-2020 complaints about tenancy behaviour declined by 37 per cent.

“Unlike the approach taken by the former Liberal-National Party Government, we are focused on delivering person-centred services aimed at keeping people in their tenancies and not becoming homeless,” Ms Enoch said.

“Our approach is working, and behaviour related complaints on the Sunshine Coast are in fact decreasing more than the rest of Queensland.”

The department said some minor complaints can be resolved quickly but those that are more complex can require investigation.

They did not respond to questions on if there was a recommended time frame to handle complaints.