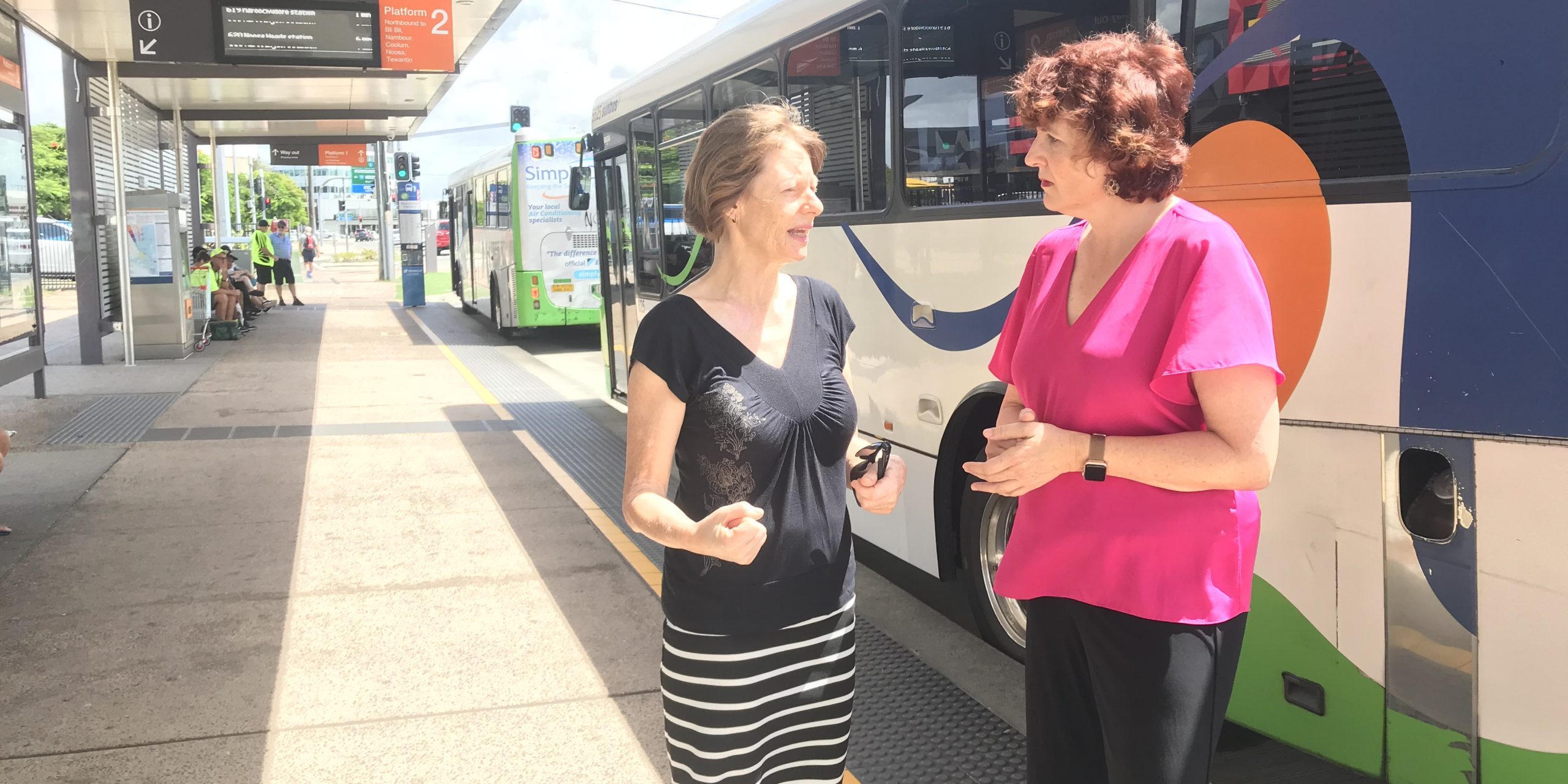 State MP Fiona Simpson has called for more police and security at Maroochydore Bus Station and across the coast after a worried parent spoke out after her son was allegedly bashed and robbed while waiting for a bus.

Ms Simpson raised the issue in the Parliament this week, calling on the State Government to provide more police and security and tougher laws rather than make excuses for the latest incident which occurred last week.

“I have been contacted by a mother of a 17 year old youth who told me her son, the alleged victim, was attacked while waiting for a bus, resulting in him being robbed of his personal items, suffering a swollen face and becoming disoriented resulting in him being left unconscious in the middle of the road for a period of time,” Ms Simpson said.

“I understand one person has been charged and police are looking for another alleged offender as well, and we await the outcome of the justice system to judge the facts and the alleged offenders.

“However we cannot wait for action to make this bus station, the public transport and many other public areas on the Sunshine Coast in what has become an unacceptable breakdown in public safety.

“This is not the first time this bus station and the public transport network has been at the heart of a public safety issue.

“In the words of this young man’s mum, ‘the violence at Maroochydore bus station needs to stop once and for all.”

Speaking in Parliament, Ms Simpson tabled the mother’s letter and said that Labor has gone soft on crime and the people of Queensland were paying for Labor’s crime crisis through increased property crime and rising insurance bills.

She called for more resources for police and security particularly on the bus network, and for a re-introduction of tougher laws such as penalties for breach of bail and removing jail as a last resort for juveniles who committed serious crimes.

“I want to see people rehabilitated but not at the expense of failing to keep the community safe and address serious crimes.”