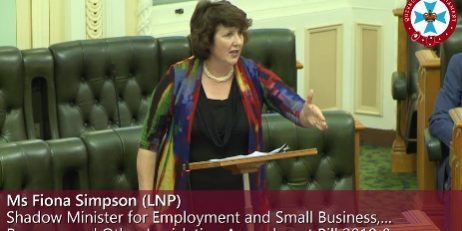 Speaking in Parliament yesterday, Ms Simpson said that Labor and Premier Annastacia Palaszczuk were spending more on their staffing and PR machine and less on police, while people are being shot in shopping centre car parks.

She said that instead of providing our police more resources to address the Coast’s growing crime rate, this Labor government has cut back on the Queensland Police budget by $44 million.

“I am outraged that we have seen a terrible situation with a shooting in a suburban Sunshine Coast car park while the Police budget has been cut,” Ms Simpson said

“That is unacceptable! The Police budget is down, our crime is up and we are seeing shootings in suburban shopping centre car parks.

“But yesterday in Parliament Labor MPs trivialised the concerns I raised about this as ‘confected outrage’.

“That is outrageous, that is unacceptable and this stands very much as a responsibility of this government, which has its priorities wrong.

“This State Labor Government is arrogant and out of touch.”