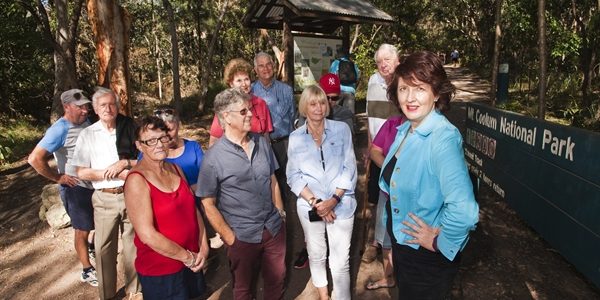 Why has the National Parks Minister Steven Miles failed to deliver a much-needed update of the Management
Plan for Mt Coolum National Park?

Member for Maroochydore Fiona Simpson has asked the Minister to please explain why there have been further delays on plans to update the management plan for our much-loved iconic Sunshine Coast tourist destination.

Ms Simpson reminded the Minister that in response to her Questions in Parliament, he had promised to review the out-of-date plan in the 2016-17 financial year and that public consultation was expected to occur in May 2017.

Ms Simpson said the current Mount Coolum Management Plan is dated 17 September 1998 and she has been calling on the State Government to review this and provide better public amenities and parking facilities.

“Tourists and locals alike all love our iconic Mt Coolum and it is at risk of being loved to death,” Ms Simpson
said.

“Since the LNP Government delivered the $500,000 upgrade of the walking track in 2012, visitor numbers
have more than doubled.

“We need an updated management plan and more resources so that we can look after our beloved Mt Coolum.

In response to concerns raised by local residents in 2015, Ms Simpson called on the Minister to provide public
toilet facilities for the 150,000 visitors a year to the Mount Coolum National Park.

Ms Simpson said there was urgent an urgent need for public toilet facilities at the entrance to Mt Coolum National Park to stop people answering the call of nature in the park and in the yards of local residents.

“Over a thousand people signed the petition asking for toilet facilities, but the Minister simply poo-hooed the
request, saying people can use the public toilet at Birrahl Park, which is 1.8 kilometres away!” Ms Simpson said.

“I am urging the Minister to update the management plan and let the public have their say about how we can best protect Mt Coolum while still ensuring it is accessible to the public.