Public urged to have say on Alex Cycleway 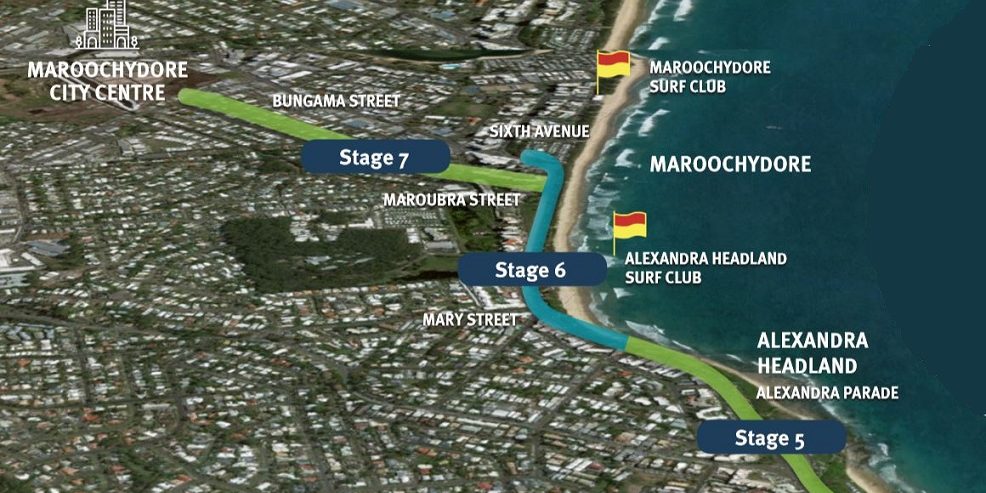 All lovers of the beachfront at Alexandra Headland are urged to have their say about a proposed 3 metre-wide $6.7m cycleway with consultation opening today.

Member for Maroochydore Fiona Simpson said that the Transport department’s consultation starts today on the M2M cycleway and it was vital that all ages and different users had their input so that the design did not lock-out existing users from safely accessing the beach and parklands.

“There’s a lot of concern about possible loss of accessible carparks and conflicts between high-speed cycleways with pedestrians in a very busy pedestrian heavy area with kids and older folks in the mix trying to safely access this space safely,” Ms Simpson said.

“There’s also concerns about the Alex bluff area, which is very popular with surfers and general public, and how Council’s proposed light-rail will fit through there if it takes 8 metres of roadway and a cycleway takes another 3 metres.

“While the Department of Transport is saying there will be no net loss of carparks in the section between Mary Street and Sixth Avenue which is the focus area for this stage 6, they are urging feedback on all stages, including the bluff.

“I think the Department of Transport and Council have to explain what they’re going to do with the Alex Bluff as it’s very tight through there if you add a light rail corridor as well as a cycleway (Stage 5).

“However, there is also the opportunity to improve the current design to make it safer for everyone if the Government genuinely listens. We want cyclists to be safe but we also want all people accessing this area to be safe and still able to access the parks and beachfront.”

Last month Ms Simpson called on the Government not to have a rubber stamp consultation and to listen to all users and understand the area, particularly after the poorly designed Bundilla cycleway which she said increases conflict between pedestrians and cyclists.

“This cycleway could be great or terrible depending on whether there is genuine consultation to learn about the mistakes of other cycleways and to help separate cars, cyclists and pedestrians while still maintaining access to these beautiful areas.”

She said the Government had announced funding for Stage 6 (Mary Street to Sixth Avenue) however the public needs to be made aware that the consultation will also hear concerns about the other stages, including the Alex Bluff area.

The initial phase of consultation will conclude on 4 October 2019, members of the community will be able to register to receive updates on the project and continue to provide feedback by contacting the project team at: m2mcycleway@tmr.qld.gov.au

The public are also urged to use the interactive map: https://bit.ly/2lD9PbQ

Further details are published on the project webpage at: www.tmr.qld.gov.au/m2mcycleway