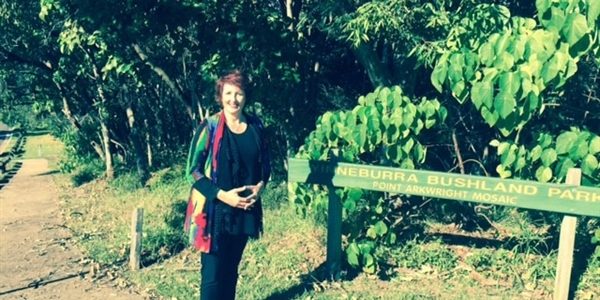 Ms Simpson who has championed the expansion of the conservation area on behalf of the community and the transfer of the old police reserve said: “We've achieved a very good outcome.

“This old police reserve on the corner of Dewar and David Low Way is beautifully vegetated and has never been touched. It was not suitable for a police station and since we've had the police located on to South Coolum Road next to the ambulance in the last 18 months, it strengthened my argument that this seaside block should permanently become a conservation area.”

Ms Simpson said it was great to work with community on the campaign to have the block permanently protected and to have a successful outcome.

“Until we got the new site for the police station though, the police department was reluctant to let this go even though it wasn't suitable however we've got that sorted now.”

The sloping block was gazetted for police purposes decades before most of the housing development in the area occurred, meaning it was now part of the remnant vegetation in the area.

“The South Coolum Road emergency precinct near the Motorway provides room for expansion of these services, eventually with the fire station being located there, with good access to the district.”