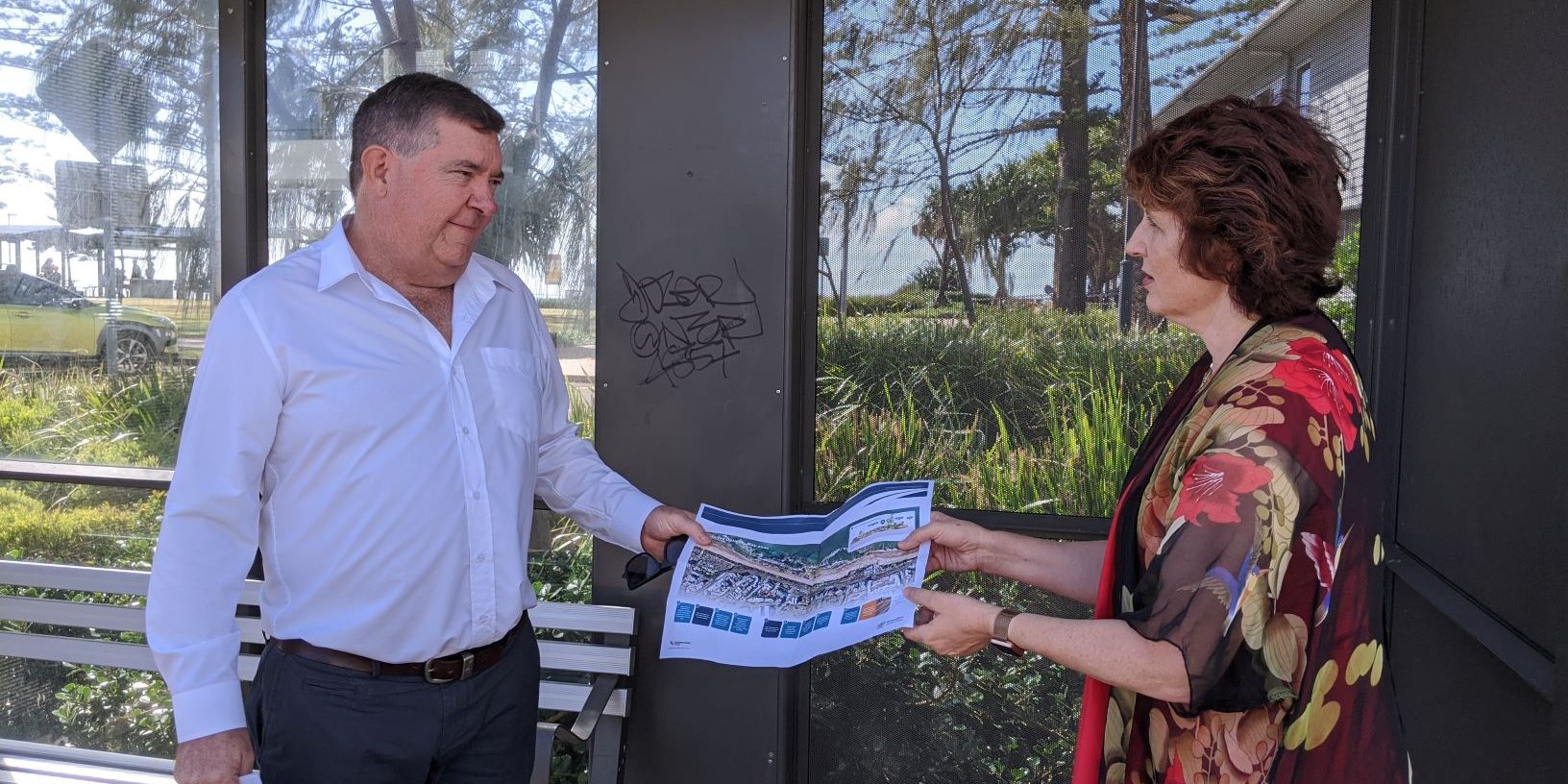 Ms Simpson responded to the on-line draft design released this week by the Department of Transport which showed proposed metal fencing down much of the centre aisle on Alexandra Parade from Okinja St to the Alexandra Headland Surf Club.

“I certainly urge the public to jump on line and have their say. The design is very disappointing. The Transport Department propose to blight this beautiful area’s visual amenity with this monstrosity if we don’t fight to get it fixed,” Ms Simpson said.

“The Transport Department is proposing putting a metal fence down much of the centre islands to try and corral pedestrians towards new pedestrian crossings. The crossings are a good idea but the cage will be ugly. For goodness sake, this should have be enhanced with natural landscaping not industrial caging.

“Surely we can have a vision of enhancing our natural environment and people’s enjoyment of it rather than giving the public a chook pen. This is outrageous.

“Furthermore, I want to see a sensible cycle and pedestrian path designs that improve safety for cyclists and pedestrians. There is no evidence in the on-line map that pedestrians have been properly catered for as the pinch-points around the surf club in particular to slow-down cyclists.”

“The exact number of car parks lost on the street near the surf club isn’t clear but it’s a long-way for people to walk to the relocated carparks back near Okinja.”

Ms Simpson urged the public to have their say with consultation open till June 19. The design can be viewed at: