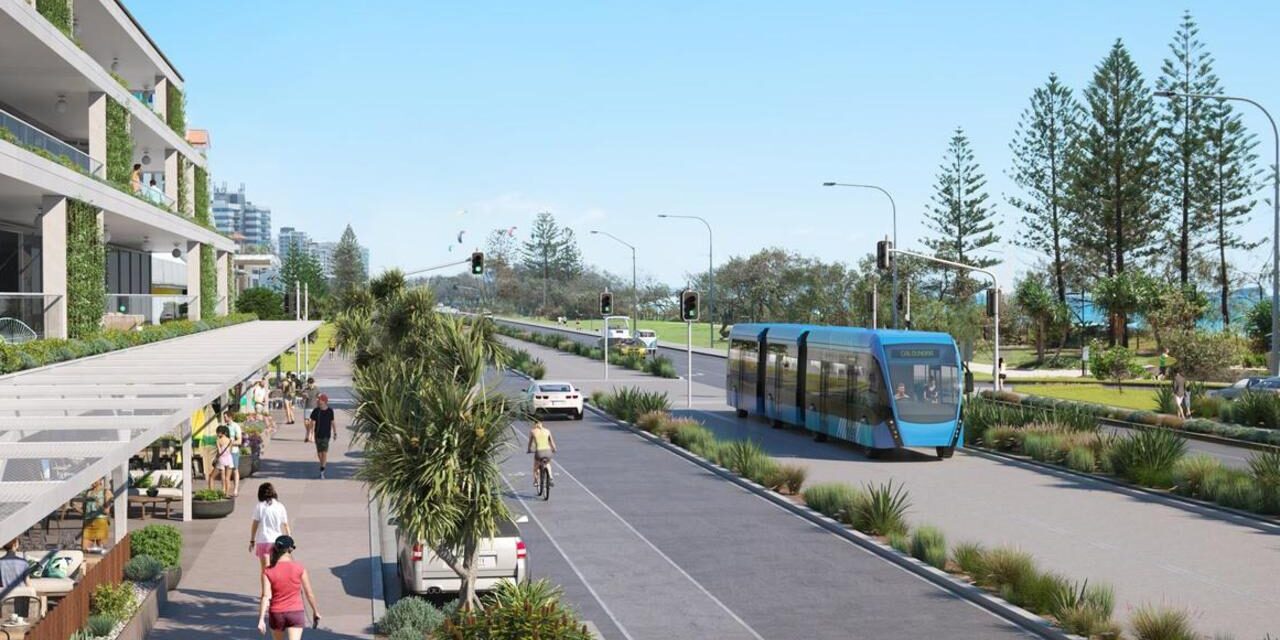 A war of words has erupted after Fiona Simpson said a mass transport project linking Maroochydore and Caloundra would only create more traffic jams.

The Maroochydore MP on Thursday said there were growing fears the State Government did not have a plan for public transport investment or improvements.

She also hit out at the Sunshine Coast Council’s ongoing work investigating options for a public transport solution between the two coastal hubs.

The council is investigating the viability of multiple transport options for between Maroochydore and Caloundra, including light rail and a rapid bus network.

But Ms Simpson said the plan would fail to deliver a solution to benefit the whole region.

“Without the State Government first releasing their Sunshine Coast Public Transport Plan and investment schedule for the whole of the Coast, I cannot provide bipartisan support for a mass transport plan that disconnects the hinterland from the rest of the Sunshine Coast while putting more people in traffic jams,” Ms Simpson said.

“The State Transport Minister Mark Bailey and his government are responsible for public transport, not council.

“A mass transit plan between Caloundra and Maroochydore which is only 13km fails to address the whole network and is creating a solution that’s worse than the problem.”

He said in her 28 years as the Maroochydore MP Ms Simpson had not delivered a public transport plan for her electorate, or the region.

“After nearly three decades as an elected member, I don’t think it’s too much to ask that rather than criticise, she provide us with her plan for a public transport solution – and one that offers more than duplicating the North Coast Rail Line to Nambour,” Cr Jamieson said.

He said the council was considering options for a solution to service “heavily populated areas” where about 80 per cent of Coast residents live.

“If nothing is done to address the public transport needs of this region, then the current heavy levels of congestion that occur on our road networks – particularly between Maroochydore and Caloundra – will only get worse and undermine the lifestyle that we enjoy,” Cr Jamieson said.

The government has promised $7.5 million towards a mass transit study.

Mr Ryan did not respond to questions about if the State Government had its own public transport plan for the area.

However rail upgrades and new school bus services have been delivered.

Work is continuing on three new bridges, an expansion of three park ‘n’ ride facilities and a duplication of the section of rail track between Beerburrum and Beerwah.

New school bus services will also start this year, on top of new services for Baringa and Bellvista and the $2.5 million bus priority lane along Nicklin Way.