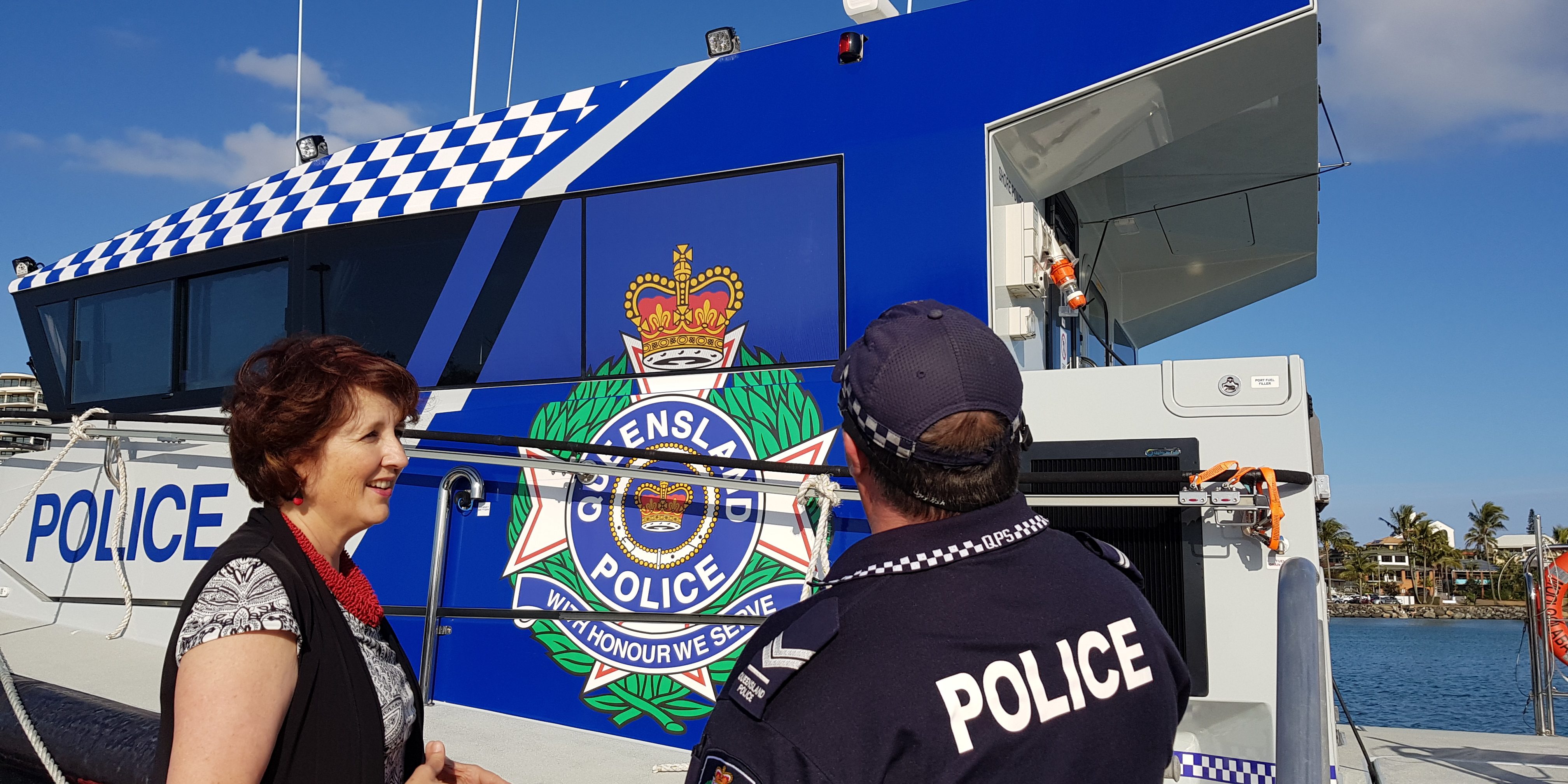 Nine years ago I successfully fought to get the Sunshine Coast Water Police moved to the Mooloolaba Spit from their landlocked site in Kawana and now I’m asking the Police Minister for a doubling of police officers to help keep us safe on our waterways.

Sunshine Coast waterways are getting busier with a growing number of boat registrations, jet skis and other water craft, especially during the holiday seasons, yet our Water Police have had only four permanent officers based at this station since 2004. This means that they are practically on call 24/7. This simply isn’t fair, particularly when compared to the Gold Coast Water Police who have 14 permanent officers and this is a public safety issue.

Recently the Water Police took delivery of a new $3.2 million vessel which needs a minimum of three officers to crew it and additional crew for special operations and marine rescues, so four permanent police officers clearly isn’t enough.