More help needed for our most vulnerable 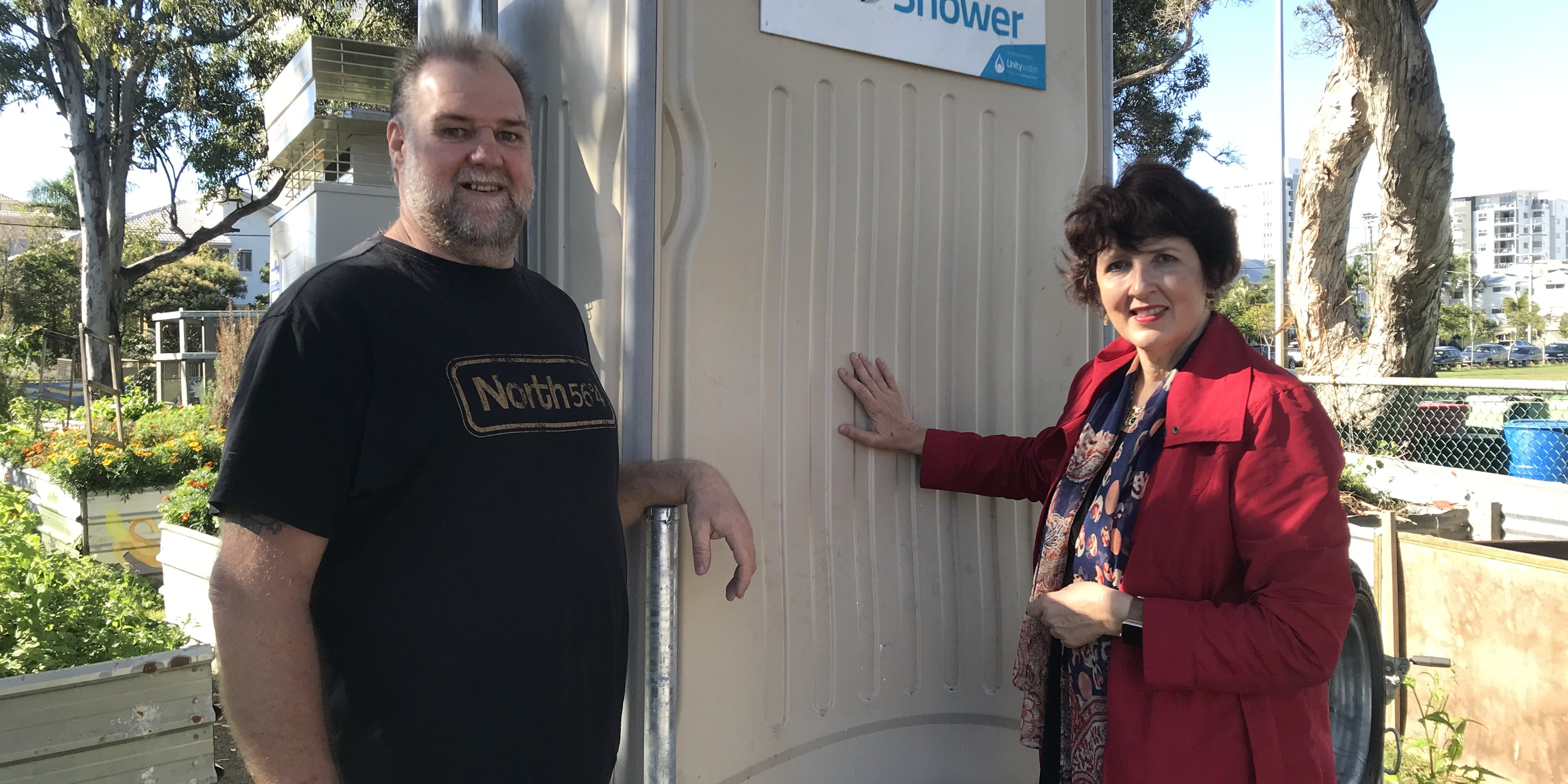 We live in paradise but it’s not paradise for everyone with many vulnerable Sunshine Coasters experiencing homelessness.

Member for Maroochydore Fiona Simpson has called on the State Government to do more to support homeless people of all ages and demographics but particularly homeless men over the age of 25 with men making up more than half the number of homeless.

Ms Simpson said that in response to a Question she asked in Parliament recently (QON No. 734, attached), the Housing Minister’s response showed there were no funds allocated for emergency housing locally for men over 25.

Ms Simpson has called on the Minister for Housing to provide more funding for organisations like the Maroochy Neighbourhood Centre who work hard to give homeless people the care and support they need and also for more funding for emergency housing for homeless men over the age of 25.

“While there are needs for women and young people as well, men make up more than half the number of homeless people but there are no funds allocated in Maroochydore for emergency housing for homeless men over 25, according to the Minister for Housing’s answer to a question I asked in Parliament recently,” Ms Simpson said.

“We have some great local organisations and agencies like the Maroochy Neighbourhood Centre, IFYS and St Vincent de Paul who are working hard to provide homeless people with care and support, but I am particularly concerned that more Government help is needed to support homeless men break this cycle.

“Homelessness affects all types of people from all different backgrounds and it’s a problem affecting our community that can sometimes be largely invisible and overlooked as people who hit rough times can be forced to sleep in cars, on the beach or couch surf at a friend’s place.

“Housing is becoming less affordable on the Sunshine Coast and in addition to that, homelessness can be a result of different factors out of a person’s control, whether due to loss of a job, relationship break-up, domestic violence or due to mental or physical illness.

“Whatever the reason, the challenge is how we help the vulnerable get the support and care they need to get their lives back on track.

“That’s why I am asking the Minister for more funding for organisations like the Maroochy Neighbourhood Centre who provide for practical needs like meals, showers, laundry services and health facilities for those who are homeless, as well as helping people to get a roof over their heads.”

If you are interested in helping to support the work of the Maroochy Neighbourhood Centre, go to their website http://maroochync.org.au/programs/ or call 07 5443 6696.