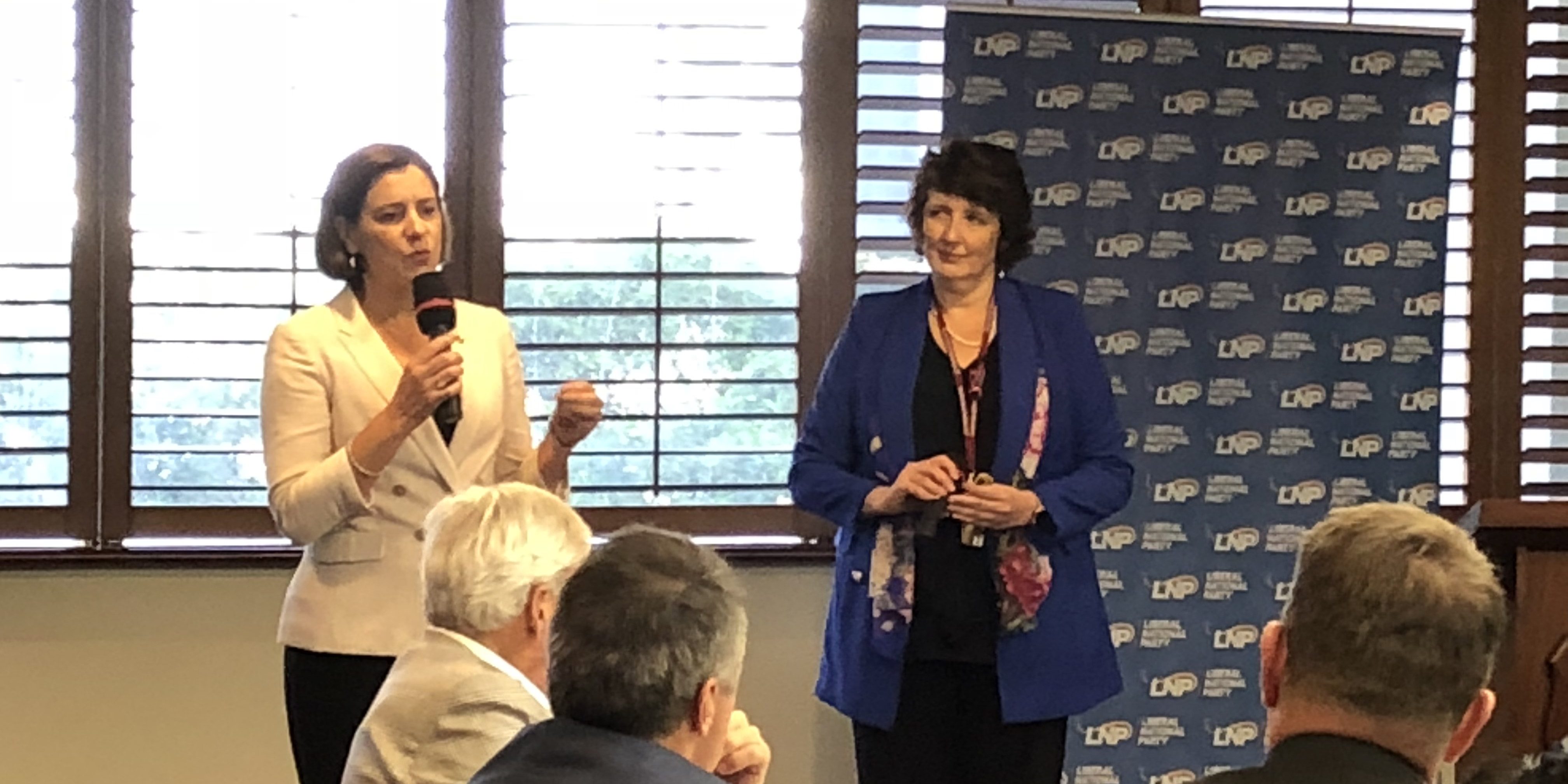 Ms Frecklington and Shadow Minister for Small Business Fiona Simpson unveiled the plan to industry representatives at a breakfast in Brisbane this morning.

“Small businesses are the backbone of Queensland’s economy and the LNP’s plan delivers the State Government support they deserve,” Ms Frecklington said.

“My LNP team and I back small businesses – Queensland’s job creators – to grow, invest and succeed by committing to introduce faster payments.

“Efficient cash-flow is crucial for the stability and growth of small businesses.

“The LNP’s Fair Pay Policy would support businesses to organise their plans, hire more Queenslanders and invest in opportunities knowing they’ll be paid sooner rather than later.”

Part of the LNP’s plan to boost small business is the Fair Pay Policy where government contracts up to $1 million would be paid within 20 calendar days, down from the current 30.

Ms Frecklington said her plan, if elected at the October 2020 state election, also included a commitment to reduce red tape by 20 per cent over six years.

“Annastacia Palaszczuk’s Labor Government has made it harder for Queensland businesses by increasing red tape while introducing new taxes at the same time,” she said.

“There are red flags everywhere for our businesses – no wage growth, high unemployment, a youth jobs crisis in regional Queensland and flat-lining business confidence.

“Our plan would allow businesses to spend less time complying with paperwork and more time focused on creating jobs.

“Hours and minutes are worth just as much to small businesses as dollars and cents.”

Ms Simpson said the Labor Government had no plans and no targets for supporting Queensland’s small businesses.

“The CCIQ Pulse Survey released earlier this month showed business confidence was at its lowest level since 2016,” Ms Simpson said.

“What kind of government would rather tax Queensland businesses than support them?

“I’m proud to be part of an LNP team that has a plan to work with small businesses to ensure they can continue to drive Queensland’s economy and create jobs.”

The Palaszczuk Government’s obsession with secrecy has reached a new low
25 May, 2022
Facebook