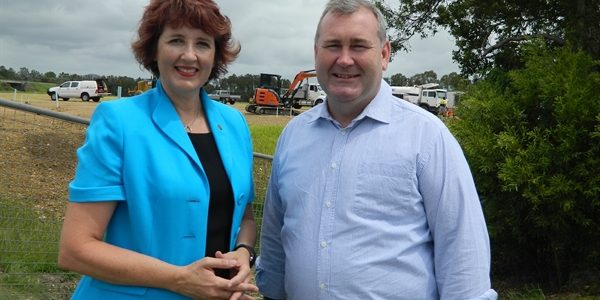 Families in the Coolum area will experience quicker police responses and improved street safety through the relocation and upgrade of the Coolum Police Station thanks to local MP Fiona Simpson.

“As a member of the strong LNP team I am committed to making Queensland the safest place to live, work and raise a family,” Ms Simpson said.

“I have been speaking with families, police and businesses in Coolum who have been calling for an upgraded police station and I am pleased to have been able to deliver this project.

“The new site on South Coolum Road near the Queensland Ambulance Service Station has room for future fire
service expansion to meet the growing demands of the community.

“Our strong plan is delivering progress for local families and the results show crime in the Maroochydore electorate has improved with reported crime down 10 per cent since 2011.”

Police Minister Jack Dempsey said there was a strong plan for the local community and residents would benefit from a strong LNP team.

“Fiona has worked hard as a member of the team to ensure safer streets for her community with the addition of six extra police delivered locally since 2012,” Mr Dempsey said.

“The new site for the Coolum Police Station provides 6,000m2 of land to accommodate the growing ranks of officers on the Sunshine Coast, and Fiona has lobbied for this project.

“It is only by electing a strong team with members like Fiona that we can revitalise frontline fire services for families in the Maroochydore electorate.”

This project will cost a total of $2.4 million and will be completed by mid-2015.