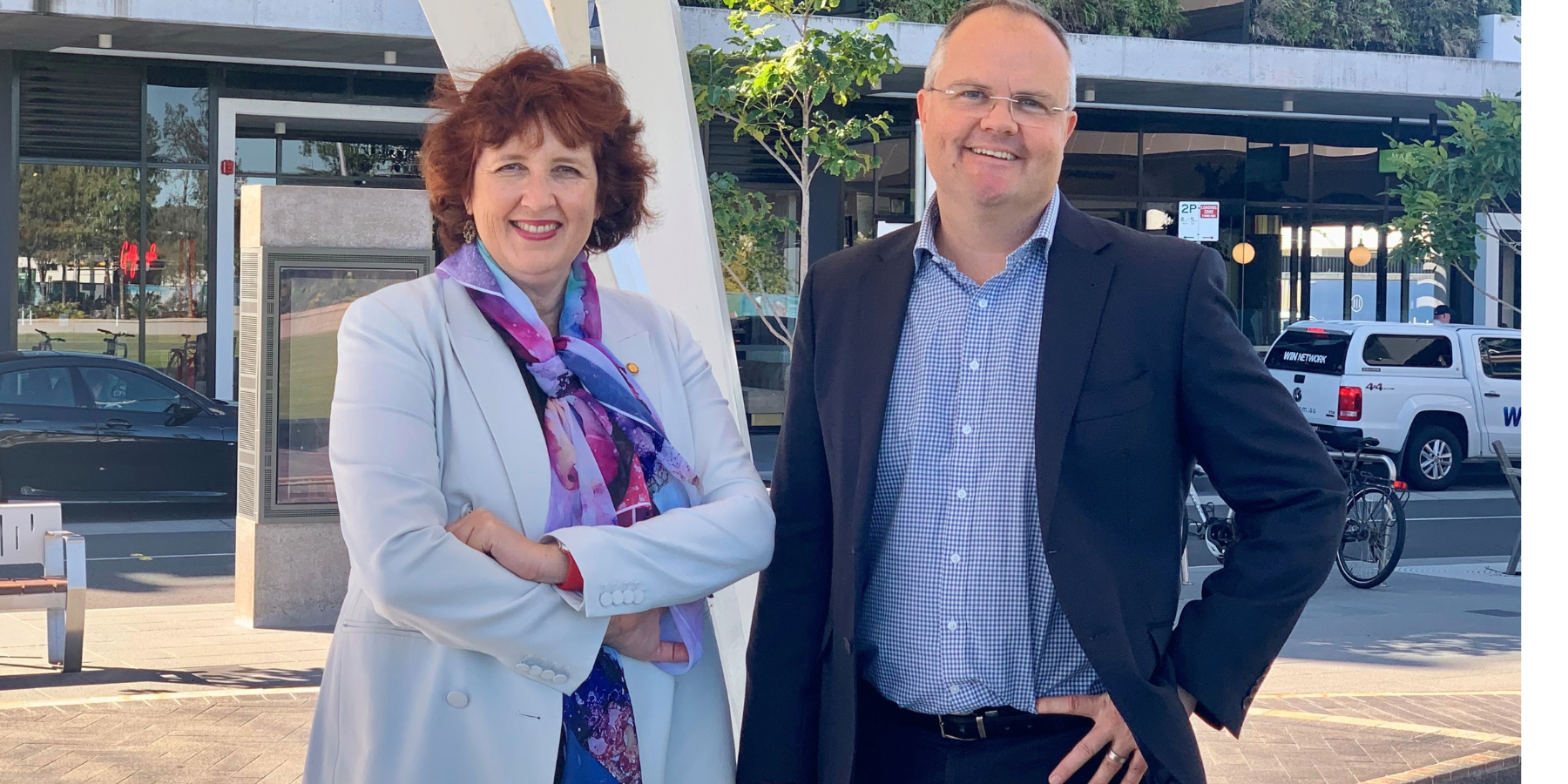 COAST STATE AND FEDERAL LNP MPs have joined forces calling for a commitment from the State Government in next week’s Budget for the Beerwah to Maroochydore Rail project.

Member for Maroochydore Fiona Simpson and Member for Fairfax Ted O’Brien said now was the time for the State Government to match the Federal Budget’s $1.6B towards the project so it can get underway in time to be delivered for the 2032 Olympics and Paralympic Games and to satisfy the region’s population growth.

Ms Simpson said: “It’s time for the State Government to back rail and not block rail to the Coast’s city centre. This is transformative infrastructure we need to connect us to greater SEQ and transform Sunshine Coast public transport.”

Mr O’Brien said: “There is no time to waste and the people of the Sunshine Coast expect nothing less than the State Government to match the Federal Government’s budget commitment.”

Ms Fiona Simpson, who is also the Shadow Minister for Finance and Better Regulation, said: “The Coast needs investment in more hospital beds, better education facilities and more police as well as a commitment to unlocking new housing supply.  However, there is an urgency to starting the rail which needs a commitment from the State Government now if the Coast is to have critical infrastructure that supports the growth in population and ensures it continues to be an attractive place to live with opportunities.”

The MPs also called for a commitment from the State Government towards a Sunshine Coast Entertainment Convention and Exhibition Centre in the Maroochydore CBD to help bring it online to host basketball preliminaries at the 2032 Olympics, as part of the funding arrangement with the Federal Government for the Games. They said it would strengthen the justification for rail, activate the CBD, deepen the Coast’s economic base, grow jobs and enhance the region’s lifestyle.