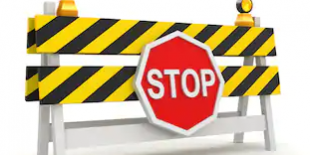 The State Labor Premier’s flipflopping on the border reopening date of July ignored her own published roadmap when she told journos the date could instead be September or later.

This is an extremely urgent issue and was the focus of my contributions in the Parliament as the LNP Shadow Minister for Small Business, Employment and Training this week. (See Parliamentary Update Below)

Devastated local tourism operators are contacting me to say this will be the death knell of their businesses unless the original July date is kept.

As one Mooloolaba accommodation provider said to me this week: “the phones just stopped ringing for bookings for the winter holidays”.

Another aviation operator whose business relies on interstate business told me that, after 20 years in business and surviving the shutdown so far, a September reopening would guarantee he would be gone.

Businesses need lead times for bookings which is why the uncertainty, confusion and unreliable roadmap to recovery has hurt.

It’s time for the economic recovery to begin so Sunshine Coast and Queensland businesses and jobs can be saved and the local economy rebuilt after COVID-19 restrictions start to lift.

As my beautiful 91-year-old mum said to me, COVID-19 will be with us until a vaccine is found but she says businesses and borders need to reopen well before September. Like so many aged and vulnerable Queenslanders, life has changed and we need to keep them as safe as possible but we also need to get the economy going or the health crisis becomes a jobs crisis which is also dangerous.

The shutdowns were to get the virus transmission rates under control and to build up the capacity of the hospital and health systems and supplies to cope with spot outbreaks and enable tracing of carriers. That has occurred very effectively. The shutdown weren’t about 100% elimination rates before reopening as that may not be possible without the long-awaited vaccine.

The Premier’s decision to keep the borders closed till September defies her previously published roadmap of July and smacks of political overreach not prudence.

To send a message about certainty of border reopening, sign our petition.

Category: Recent stories featured in my e-newsletters22 May, 2020