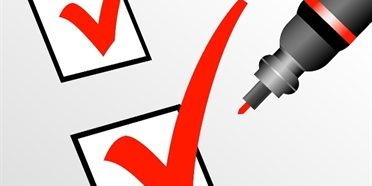 A TURN around in Sunshine Coast job creation figures as a well as a 40 % cut to the public housing waiting list in the Maroochydore Electorate  were two of the most satisfying stories for the Member for Maroochydore Fiona Simpson on the second anniversary of the State Government coming to power.

“It’s an honour to serve my electorate of Maroochydore on the Sunshine Coast and I am pleased to report that on our recent two year anniversary in Government there are a number of wins to celebrate,” Ms Simpson said.

Ms Simpson said that the Sunshine Coast led other regions of Queensland with an extra 11,300 jobs created in the last 12 months and Queensland was leading Australia in economic growth.

“The new State Government is unashamedly pro-jobs and creating a better business environment. These new figures show it is starting to pay off, which is great.”

A dramatic cutting of the public housing waiting list figures was due to good management and common sense which was putting people in need in homes quicker.

However, she said it was a personal milestone to be able to work with a new Transport Minister Scott Emerson to remove the roadblocks that had stopped the Mooloolaba Coast Guard for years in being able to expand their facility.

“I recently opened the Coastguard’s new building and I was pleased to be able to help this wonderful volunteer group to expand their lease and build their upgrade.”

Together with Sunshine Coast colleagues, other achievements across the region are:

·        $1.8 billion Sunshine Coast Public University Hospital
·        Working with the Federal Government to fund the Bruce Highway upgrades (Cooroy to Curra and Caloundra to Sunshine Motorway)
·        Scrapping Labor’s tax on the family home with the removal of stamp duty on principle place of residence which has been a significant benefit for the Sunshine Coast property market.
·        27 new police officers across the Sunshine Coast