Have your say on Mt Coolum Management Plan 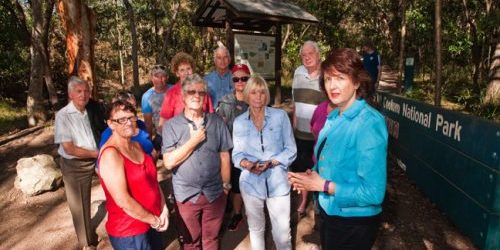 THE VOICES of more than a 1000 people who signed a petition calling on the State Government to put toilets at Mt Coolum National Park have been sidelined by the State Government which rejected its responsibility for the facilities when releasing the much anticipated new draft management plan two years late.

Member for Maroochydore Fiona Simpson has still urged the public to have their say during the consultation phase of the draft plan but she has also called on the State Environment Minister to open her ears to public concerns about the impact of the lack of facilities on the environment and local amenity.

Member for Maroochydore Fiona Simpson has been calling on the Labor Government to review the 1998 plan and provide funding to deliver better public amenities for the thousands of visitors who climb the iconic summit trail every month.

“The State Labor Government promised to release this draft management plan two years ago. You could say better late than never but sadly their lack of action has had a negative impact on this much-loved iconic park,” Ms Simpson said.

“New figures show that 240,000 people a year now visit the Mt Coolum National Park and it is at risk of being loved to death,” Ms Simpson said.

“I welcome the upgrades to the summit trail which are currently underway, but much more needs to be done to protect the vulnerable flora and fauna and to recognise its cultural values as well as to install appropriate eco-friendly toilets to manage visitor impact.

“I am pleased to see that the Kabi Kabi representatives of the traditional custodians have had the opportunity to provide their valuable input into the draft management plan and I want to make sure that the wider community know this plan has finally been released so they can also have the opportunity to be part of safeguarding and guiding the future of the park.

“That’s why I’ve been asking the Minister to release the updated plan and let the public be involved in how everyone can best protect Mt Coolum while still ensuring it is accessible to the public.”

Ms Simpson said she was disappointed that there were no plans to provide public toilet facilities to stop people answering the call of nature in the park and in the yards of local residents.

“Over a thousand people signed my petition asking for toilet facilities, but the Minister has ignored this request,” Ms Simpson said. “Council have not said they will build the toilets so it seems to me the State Government is passing the buck rather than taking responsibility as part of ensuring good environmental management and visitor experience.

“I am urging the public to have their say before March 13.

To view the Draft Management Strategy and Visitors Strategy go to: https://parks.des.qld.gov.au/managing/notices/.

Please let me know your suggestions and email submissions can be emailed to ParkManagementPlans@des.qld.gov.au